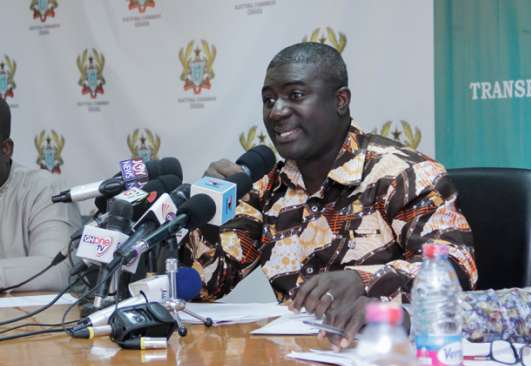 Deputy Commissioner, in charge of Corporate Services for the Electoral Commission of Ghana, Dr. Bossman Asare

The Deputy Commissioner, in charge of Corporate Services for the Electoral Commission of Ghana, Dr. Bossman Asare has said that publishing 30,000 names deleted from the voters’ register was not the business of the Commission; hence the commission has no plans of doing so.

According to Dr. Bossman Asare, the Commission had the privacy of the persons whose names were deleted to protect despite their actions adding that they had gone through a legal process, which involves their privacy.

“This is not something the Commission will publish the names of those who are on this lists, etc that is not the business of the electoral commission”, he said.

“These are people who have gone through legal process and you know there are privacy issues etc” he noted.

Dr. Bossman Asare was speaking to TV3’s Rolland Walker in an interview aired on the stations News360 and monitored by GhanaPlus.com on Monday, November 16.

He indicated the EC has done the needful by providing all the political parties with the register as such, had the responsibility to prompt the Commission in the face of any anomalies or wrongdoing.

READ ALSO:  Your kids will kill you with guns for taken houses to hide their father’s identities – slay queens told

“The register itself has been given to the political parties so the onus lies with the political parties to look if there is any wrongdoing on the part of the Electoral Commission, they can voice it out but I think as a commission it is not in our programmes to come and say and publish and say people registered double, these people did this, etc.”

Dr. Bossman Asare noted that the Commission’s doors were opened to organizations who desire to have access to the information.

“The list has been given to the political parties if there are Civil Societies who are interested, they can write to the Commission, we want to have a look at it, etc. So this is not something the Commission will publish the names of those who are on this lists, etc that is not the business of the electoral commission”.

Ghana’s electoral body, the Electoral Commission last month announced that some 30,000 names have been deleted from the 2020 provisional register to be used for the country’s elections come December 7.

The Commission said the deleted names have been compiled into another list namely, the exceptions or the multiple lists.

“The names of about 30,000 registered voters have been deleted or expunged from the provisional voters’ register because they are either on the exceptions lists or the multiple lists. The multiple list is made up of names of all those who engaged in double registration during the voter’s registration exercise,” the Commission said.

However, since the news of the deleted names were announced, Ghanaians, especially, the opposition National Democratic Congress (NDC) has called on the EC to publish the name of such persons but the EC has not paid heed to their calls.