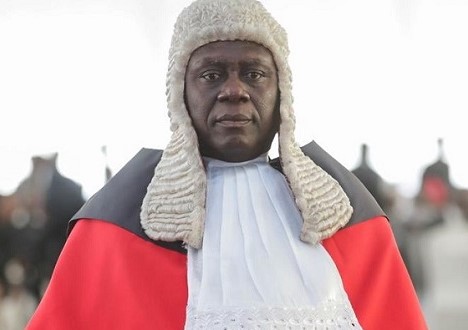 The Judiciary Service of Ghana is demanding from Media houses in the country to pull down all negative reportage on their platforms about the Judiciary, especially judges in the ongoing election petition or force them to take appropriate action to compel them to do so.

According to a statement sighted by GhanaPlus.com on starrfm.com.gh and issued by  [email protected], solicitors for and on behalf of the Judicial Service of Ghana said such publications were dangerous to the country’s democracy, sows false notion in the justice system and provide a foundation for lawlessness.

“In the light of the foregoing, we have our client’s instructions to demand, and we hereby so do that, as most responsible media institutions now do regarding incendiary and spiteful publications, you immediately pull or cause to be pulled down and cleared from your platforms, all statements and speeches which convey and/or insinuate hateful, spiteful, vengeful and incendiary communication against Justices of our client especially those hearing the election petition,”  the statement said.


The seventeen(17) paragraph statement said the demand by the Justices were made against the backdrop of the law and caution the media against none compliance.

Paragraph 16 of the statement said failure to comply with the directive,  an appropriate action would be taken to ensure that the media  does not abuse the right to freedom of speech enshrined in Ghana’s Constitution.

“We must notify you, and we hereby do, that should you fail to heed our client’s demand as specified in paragraph 14 above, we have our client’s instructions to take appropriate action to ensure that you do not abuse the right to free speech by deploying and/or permitting your platform to be deployed in a manner that not only threatens our constitutional order and democracy but obviously, adversely interferes with the due administration of justice and also, brings it, into disrepute”.

“Please be advised,” the statement added.

Below is the full statement:

RE: INCENDIARY, HATEFUL AND OFFENSIVE STATEMENTS AGAINST MEMBERS OF THE JUDICIARY.

iii. The statements and speeches bring the administration of justice into disrepute as unsuspecting Ghanaians are being deliberately misinformed and manipulated to believe that the justice system is perverted and lacking in credibility.

iii. forthwith exercise the highest level of discernment, discretion and responsibility insofar as the publication of statements and speeches regarding the administration of justice are concerned.