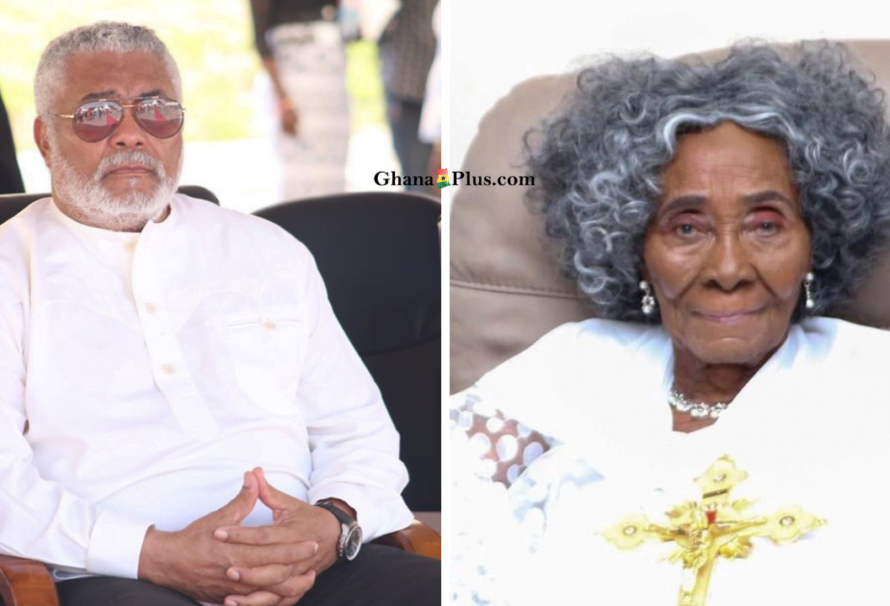 The family of the former president of Ghana, Jerry John Rawlings has called on the public to respect their privacy while the family is mourning the death of their beloved mother, Madam Victoria Agbotui.

“The family kindly requests all to respect their privacy during this difficult period”.

A statement shared on the Facebook page of the former president today, September 25 reads.

According to the statement, the family was grateful for the outpour of sympathy from the public since the news of the death of their mother was reported.

“Former President Rawlings, the Anlo State, and the Agbotui and allied families wish to express their gratitude to all who have and continue to express their sympathies” the statement also indicated.

They, however, urged all who wishes to pay a courtesy visit on the family to mourn with them to book appointments prior to the visit.

“The family kindly requests all to respect their privacy during this difficult period. All who wish to pay courtesy visits should kindly call 0264444464 to secure appointments,” the statement added.

Madam Victoria Agbotui, a native of Dzelukope, Keta in the Volta Region of Ghana, and mother of ex-President Jerry John Rawlings was reported dead yesterday at age 101.

Reports indicated that Madam Agbotui, who celebrated her 101 birthday this month died after being ill for a while.

She is reported to have served as the head of the catering department of the presidency during the tenure of his son, J.J Rawlings as the President of the country.

According to the family, her funeral arrangement would be announced to the public in due course.