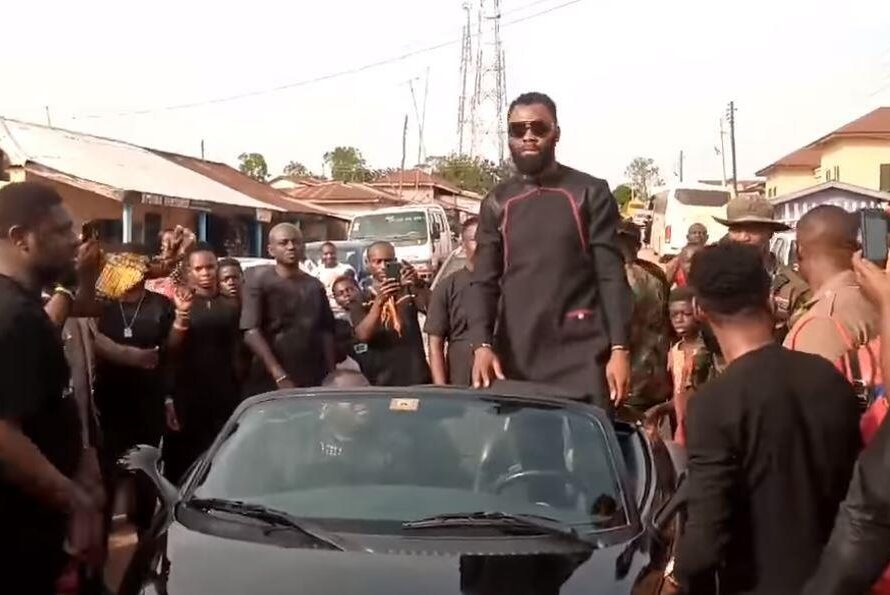 The founder and leader of Anointed Palace Chapel, Mr. Francis Antwi, popularly known as Reverend Obofour on Saturday, November 7, turned his father-in-law’s final funeral rite into a funfair as he arrived in one of the most luxurious vehicles ever seen in the community.

The funeral was held at Akrokerri in the Adansi North District of the Ashanti Region.

A video of the popular man of God known for his luxurious lifestyle has been sighted by GhanaPlus.com at the time of his arrival at the funeral right of his wife’s father.

Rev Obofour arrived in a plush vehicle with the appearance of an airplane with dozen of equally expensive vehicles behind him.

READ ALSO:  I support both #FixTheCountry and #FixYourSelf campaigns – Sarkodie

His grand entry caused the crowd at the funeral to move away from the purpose of the day to catch a glimpse of his vehicle amidst cheers and shout and drumming and dancing.

The man of God pulls over intermittently, to dance to the brass band which welcomed him and receive cheers from the crowd while phone cameras worked from all angles to capture a glimpse of his grand entry to the Ghanaian ceremony which is usually marked in a sober mood.