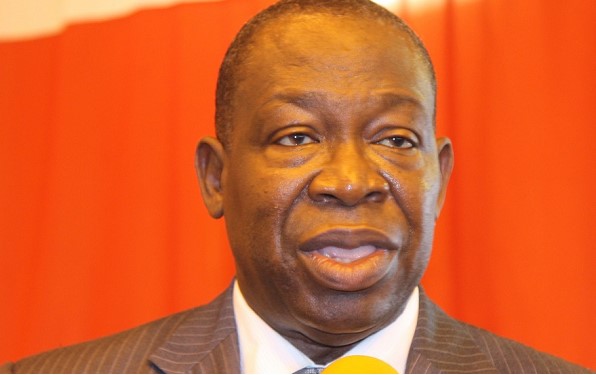 The third(3rd) witness of the petitioner in the ongoing 2020 Presidential Petition, Robert Joseph Mettle-Nunoo has just joined proceeding at the Supreme Court via zoom.

Mr Mettle-Nunoo, one of the National Democratic Congress (NDC) representatives at the Electoral Commission’s collation room during the 2020 elections, filed his witness statement on Thursday, February 4, 2021 to testify in favour of the petitioner, Mr John Dramani Mahama.

GhanaPlus.com can confirm he had already taken his oath of affirmation to pave way for the subsequent processes leading to his evidence in chief and cross examination to proceed.

However, at the time of publishing this article, we could not confirm for a fact the basis for his physical absent from the court but we believe it could be on health grounds.

Jean Mensa instructed us to leave the strong room

Mr  Robert Joseph Mettle- Nunoo has been a topic for discussion  during the cross examination of the second(2nd ) witness for the petitioner, Dr Micheal Kpessa-Whyte on Wednesday, February 3, 2021, when the latter indicated Mr Mettle-Nunoo received instructions from the EC Chair to go and confer with the petitioner over certain concerns raised.

According to him, they vacated their duty post at the EC’s strong room on December 9, the day the election results was declared upon the said instruction with the intention to return to continue, only to be greeted with the declaration soon after they left the premises.

Since the revelation, there has been several discussions on why Mr Mettle-Nunoo was not filed as a witness in the case since he was the direct receiver of the said instructions from the EC Chair with the spokespersons of the second(2nd) respondent capitalizing on his absent that the said allegations could not be trusted.