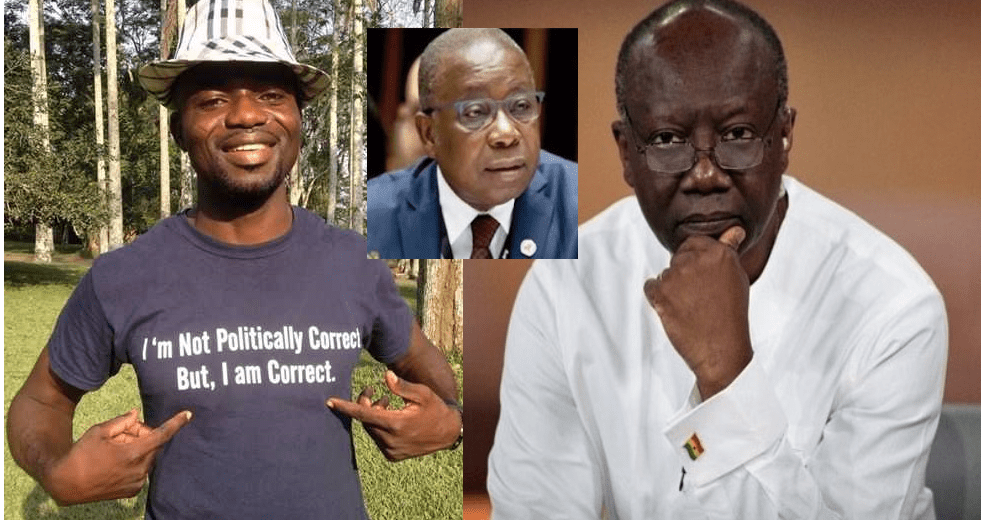 Ace investigative journalist, Manasseh Azuri Awuni has taken on the Minister of Finance, Mr Ken Ofori- Atta following the revelation, some ₵16million have been paid to the intermediaries in the controversial Sputnik V vaccine deal, Sheikh Ahmed Dalmook Al Maktoun supposedly without the knowledge of the Minister of Health.

Sputnik V : I had no knowledge of any payment made

It could be recalled, the Minister of Health, Mr Kwaku Agyeman-Manu denied knowledge of any payment of money to the intermediaries when he appeared before the Parliamentary Committee which probed the controversial deal.

Subsequently, he had indicated he was made aware of the payment after he had appeared before the committee.

In a social media post beginning with a salutation to Mr Ofori-Atta sighted by GhanaPlus.com, the award-winning journalist said the information indict the finance ministry if indeed the minister had no knowledge of the payment and asked the ministry to speak to the development.

Mr Awuni raised several legitimate questions and  quizzed on whose order and with what supporting documents did the ministry processed the payment adding he can bet with his manhood that if Ghana was the minister’s personal company, he would have not paid a cent without cross checking with the necessary offices and documentations.

“You are an astute businessman and I can bet on man manhood that if Ghana were your own company you wouldn’t pay a cent without necessary checks, supporting documents and communicate with the officials in the department that is procuring the goods,” a portion of his post reads.

In the ongoing Sputnik vaccine scandal, the Minister of Health, Kweku Agyeman-Manu says he did not know that Sheikh had been paid. His attention was drawn to it after he appeared before the parliamentary committee probing the shady deal.

So on whose instruction and based on what supporting documents did the Ministry of finance process and authorized payment to sheikh.

Is it possible to go ahead and pay a third party contractor without communication and authorization from the ministry that is actually doing the procurement?

And is it normal that after the payment your ministry did not communicate to the Ministry of Health on whose behalf you made the payment?

You are an astute businessman and I can bet on man manhood that if Ghana were your own company you wouldn’t pay a cent without necessary checks, supporting documents and communicate with the officials in the department that is procuring the goods.

Ghanaians will be happy to hear from your ministry; the Health Minister’s claims indict the Ministry of Finance.

Are his claims accurate or not?.

The Minister of Health, Mr Kwaku Agyeman-Manu had been at the receiving end of public criticism since a Norwegian news outlet reported Ghana had purchase the Russian Sputnik V vaccine at $19 from intermediaries instead of the $10 price offered by  manufacturers.

However, since the minister revealed he had no knowledge of the payment, questions have been raised about the role the Minister of Finance and his office played in the controversial deal.

The President, Nana Addo Dankwa Akufo-Addo and his Vice, Dr Mahamudu Bawumia have also been accused of being neck deep in the development.