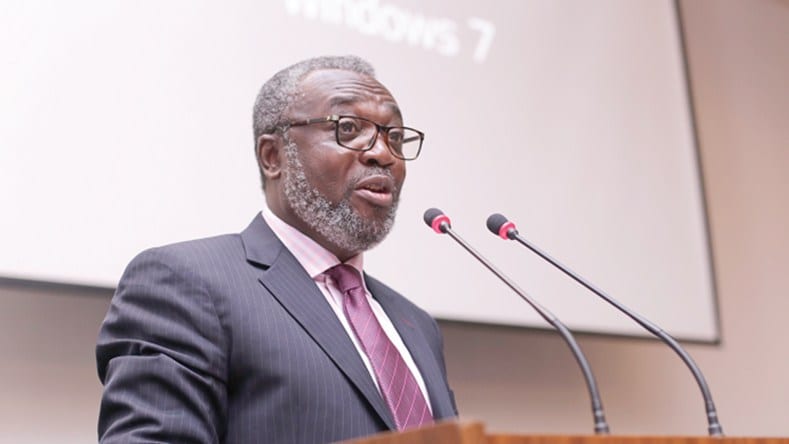 The Presidential Advisor on Health, Dr Anthony Nsia Asare has challenged Ghanaians and other persons who believe they can get the COVID-19 vaccines at a lower cost to submit proposals to the government through the Ministry of Health (MoH).

He told Nancy Vukania, sit-in-host of the First Take on 3FM Friday June 11 that the government is working hard to get these vaccines at a lower cost hence, the doors of government are opened to the general public to that effect.

He added “We are all working as one country to make sure that we safeguard the people, we get the herd immunity that we need  at a very  reasonable price for everybody.”

Meanwhile, Juaboso Member of Parliament Kwabena Minkah Akandoh has accused the government of cheating Ghanaians in relation to the purchase of the Sputnik V vaccines.

Addressing a press conference in Accra, the ranking member on the Select Committee on Health said “All indications surrounding this deal points to an attempt to rip off the Ghanaian tax payer and maximize profit for a private individual in government and their foreign partners.

READ ALSO:  Australian High Commission to Ghana thumps up Ghana Jollof says there is no way Nigerian Jollof could be better than Ghana Jollof

The AU bought 300 million doses of Sputnik V for 9.75 dollars per dose. Slovakia and Hungary which are much smaller countries than Ghana and in need of smaller quantities have all purchased the Sputnik V vaccines for approximately 10 dollars. Why should Ghana pay more?”

Ghana has been cited in an investigative report in a Norwegian newspaper Vergens Gang for agreeing to procure the Sputnik V vaccines from a businessman at a unit price of $19 instead of $10.

The Ministry of Health has justified the purchase of Sputnik V vaccines at almost double the factory price, emphasising the negotiations were held at a time of scarcity of the products across the globe.

But a statement issued by the Ministry of Health on Wednesday, June 9 said: “We were torn between accepting the price to enable us have access to the vaccine or facing the situation of the seller withdrawing from the negotiations, to the extent that the 15,000 doses that had been shipped to Ghana were going to be rerouted to other countries.”

The statement signed by the Chief Director of the Ministry, Kwabena Boadu Oku-Afari, noted that the government was unable to obtain direct supplies of the vaccines from the Russian government and so had to resort to one Sheikh Ahmed Dalmook Al Maktoum of the United Arab Emirates (UAE) for the

According to the Ministry, $10 was the ex-factory price but the Emirati offered to sell the vaccines at $25 per dose.

This was slashed by $6 after negotiations, according to the statement.

“This is the result of the cost build-up to the ex-factory price of US$10 per dose, taking into account land transportation, shipment, insurance, handling and special storage charges, as explained by the seller.

“These are the factors which led us to agree the final price of US$19 per dose,” the Ministry stressed.

It has assured Ghanaians that “it will endeavour to secure vaccines for the Ghanaian people, despite global shortages and cognisant of price and legal considerations”.