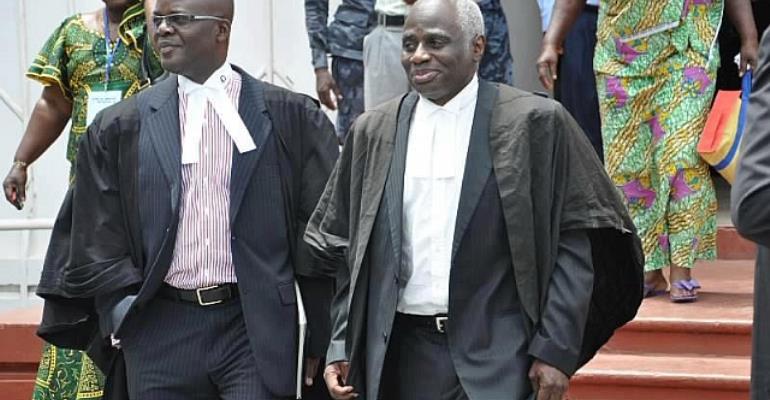 A member of the legal team of the Ashanti Region branch of the National Democratic Congress (NDC), Lawyer Evans Amankwaa has called on the state for as matter of transparency and fairness, telecast live the Supreme Court proceedings on the 2020 election petition.

He explained that “the hearing of the 2020 elections petition at the apex court of the land must follow the precedent during the 2012 election petition which was publicly telecasted throughout the 8-month hearing”.

The legal minds of the NDC maintained their call is premised on the fact that the incoming election petition is one of the most anticipated events in 2021; hence telecasting live the 2020 election petition will clear all doubts.

READ ALSO:  I want ‘Papa No’ Mahama to rather sue me – Akua Donkor

The NDC last week proceeded to the Supreme Court to challenge the results of the 2020 general elections.

The petitioner, John Mahama, who is also flagbearer of the party, sued the Electoral Commission and the president-elect, Nana Addo Dankwa Akufo-Addo.

The election petition is supposed to last for 42 days.

Lawyer Evans Amankwaa explained that “let no one think that the 2020 elections petition will not be telecasted live because it will clear all doubts in the minds of the people”.

“Moreover, it will bestow confidence in the judiciary as the public gets to witness the hearing live on national television and various media platforms.”

He was speaking on Akoma FM‘s weekend political show Wonsom.

He told host Aduanaba Kofi Asante Ennin that “unless someone has agenda to change the outcome of the verdict”.

“I pray telecasting the hearing live on national television will really ensure justice and fairness to the good people of Ghana.”