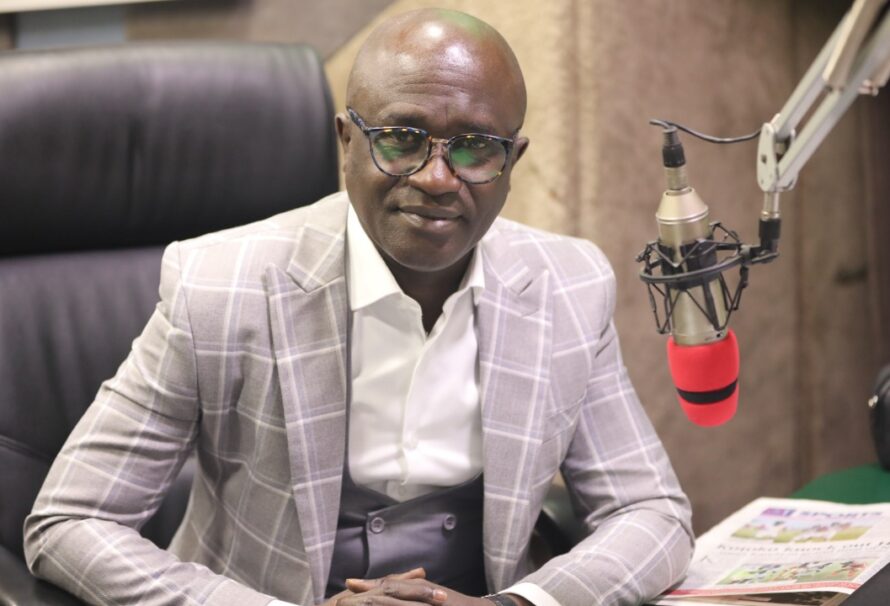 Tell Paul Adom Otchere I will reply him- Despite Media presenter

Mr Adom Otchere on December 15, made mentioned on his current affairs programme, Good Evening Ghana, that he received messages on the results of the 2020 presidential elections from the New Patriotic Party adding that he believed other journalists received some too.

“The New Patriotic Party began the night of elections, we were in this studio […] we all saw that the New Patriotic Party had set up a collation system by which they were collating the results of the election and at each point, they will send information across board. I got some of the information, I believe other journalists did. Different people got it, and they will tell you that they are at 70 per cent reported pink sheets from across the country and this is what they are seeing,” he said.

However, reacting to the comment, on his programme on Friday, December 18 on Okay FM a subsidiary of the Despite Media Group, one of the media houses which have been accused by the National Democratic Congress(NDC) of being bought by the NPP, Kwame Nkrumah Tikese, said it was unfortunate for Mr Adom Otchere to make such blanket statement without providing evidence to support it.

He described his comment as sheer madness and urged his listeners to convey a message to the Good Evening Ghana host that he would respond to his comment which sought to put the media in a bad light.

“What is even hurting is that Paul Adom Otchere has been able to sit on his programme, Good Evening Ghana to say that Ghanaian journalists, not even some, Ghanaian Journalists took their figures from the NPP headquarters, and he said that blanketedly and left just like that”.

“You Paul Adom Otchere sitting there and saying that journalist went for money, I know what you have been doing. He will hear from me. Anybody listening to me should tell Paul Adom Otchere that I will reply him” he said.

The Founder and Chief Executive Officer of the Atta-Mills Institute, Mr Samuel Koku Anyidoho who was speaking to him via telephone interview urged him to ignore Mr Adom Otchere adding that he was only looking for the audience to revive his programme which had lost viewership.