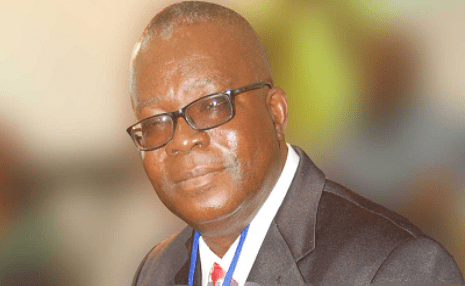 There are more dangerousbooks, grammatical errors on Ghanaian market - Carbonu

The President of the National Association of Graduate Teachers (NAGRAT), Angel Carbonu has revealed the two publications from Ghanaian publishers which have become topic of controversies in the country were just a tip of the iceberg.

According to him, there were more heinous books and write ups were circulating in the Ghanaian market.

He noted many of the books on the Ghanaian markets were either filled with inadequacy of fact, grammatical errors or bad examples adding that the development sometimes reflect in the write ups of students during their final examinations.

“It was the ethnic and tribal slang which whipped the sentiment of people but my brother there are worst things are on the market in terms of grammatical errors, in terms of inadequacy of fact and so on and so forth being shown to our children and it reflect in their examination write ups”.

Mr Carbonu was speaking on PM Express aired on JoyNews on Tuesday, March 16 and monitored by GhanaPlus.com.

He indicated the development was dangerous to children who consume the substandard materials, children at the primary level, most especially, since it was extremely difficult to correct any negative mind set developed at that tender age.

“Kid at that age, especially in primary schools, when they internalized any information it is very difficult to get it out so that is where the danger is but let me tell you my brother, that there are more heinous writes up, there are more dangerous grammatical errors very bad examples, examples,” Mr Carbonu emphasized.

He mentioned the discriminatory books erode all effort by the country to foster unity among citizenry and that could be dire if not corrected.

“The big picture is that this breaks the type of cohesion we trying to foster in our country and where else can you build but the schools”.

Mr Carbonu advised regulators of the sector to encourage group authors instead of individual in the publishing of educational materials in the country.