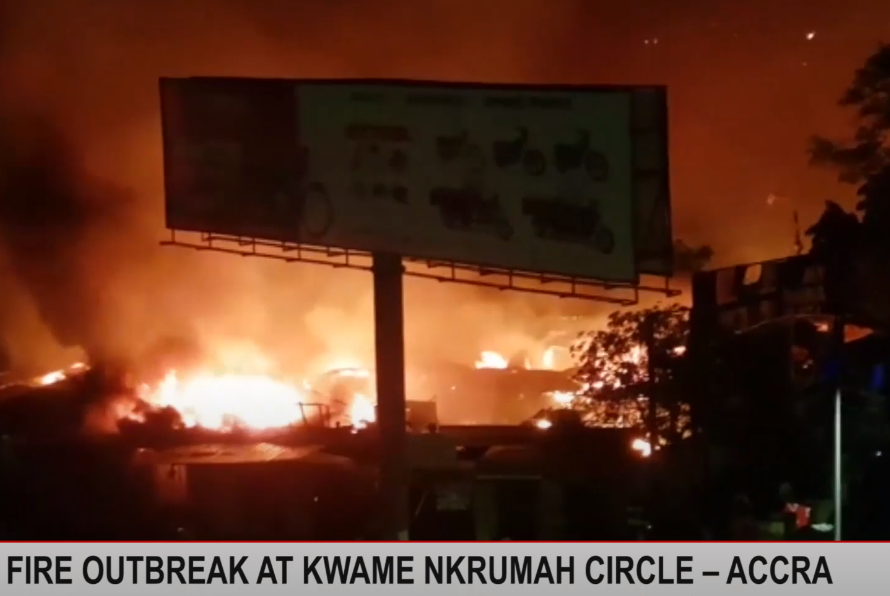 Scores of traders at the Pedestrian Shopping Mall at the Odawna near the Kwame Nkrumah Circle has lost their wares running into thousands of Ghana Cedis in a fire incident which gutted the shopping mall early hours of Wednesday, November 18, 2020.

So far about 3,500 shop have been reported to have been raised down by the ravage fire.

The report said the fire begun around 1:30 am, Wednesday while the traders had closed and return to their various homes.

The cause of the fire, reports said authorities were yet to establish, however, speculation has it that it was caused by a fire set by one of the occupants of the mall.

Ghana Fire Service as at the time of this report has managed to bring the fire under control with many of the traders counting their losses amidst wailing over the loss of their properties and investment.