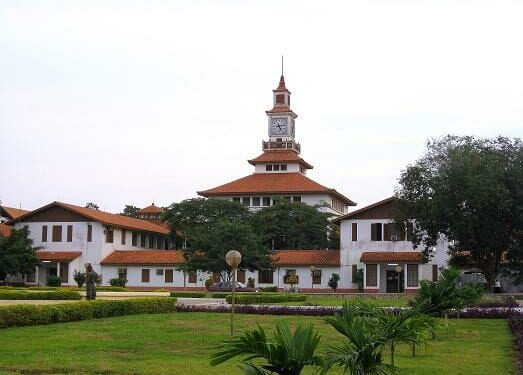 The management of the University of Ghana has denied media reports that a court in the United States has awarded a 160million judgement debt against the university.

A statement said contrary to the reports the University can categorically confirm that no court judgment has been issued against the University in relation to the Africa Integras Project.

“This arises out of the unsuccessful project commonly referred to as the ‘Africa Integras Project’ (the “Project”). Regrettably, once again the circumstances of the Project and its termination are being falsely represented. Further, the nature of the New York Petition has similarly wrongly been described. The University wishes to provide the following by way of explanation and correction.

“The University also refers to its press statement of 12th October, 2019, with regard to the true circumstances of the Project.

“Contrary to certain reports seen in the media, the University can categorically confirm that no court judgment has been issued against the University in relation to the Project.

“It is a matter of record that, over the past three years, the University has repeatedly invited all of the entities which purport to assert claims against it in relation to the Project to: openly set out and substantiate their claims; mediate with the University; and or progress the claims by way of the arbitration which has already been commenced. However, such parties have persistently refused to do so.

“The New York Petition now represents an attempt to avoid setting out and substantiating a proper claim against the University, and avoid the contractually-required arbitration process, by proceeding in an inappropriate forum – the New York Courts.

“The University will vigorously defend its position and rights in relation to the Project and contest the New York Petition before all appropriate forums, including arbitration and the New York Courts.

The University of Ghana was earlier reported to have been slapped by United States Federal Court with $165 million judgement debt for wrongly terminating the Africa Integras Contract in 2018.

This was after Global insurer Chubb Ltd. asked a New York federal judge to confirm a $165 million arbitration award against the University after it defaulted on a flagship development partnership backed by the U.S. government.

According to the petition filed in the Southern District of New York, W.P Carey investment trust won the award in 2018 after the University of Ghana terminated an agreement to construct and maintain four new facilities and a dormitory on its campus.

The award reflects the value of rent income that the new campus facilities would have generated, Chubb told the court.

SEC reports show that the $64 million partnership was signed in 2016, with a mortgage financing agreement from the U.S. State Department’s Overseas Private Investment Corp. (now Development Finance Corp.) of up to $41 million. The project was insured with a Chubb corporate country risk policy. According to a public information summary filed with OPIC, the project would help meet a demand for higher education in Africa. University press releases said the expansion would help attract and accommodate Ph.D. students, transforming the school into a first-class research institution.

But UG was unable to procure a contractually required letter of credit, according to the Chubb petition, and moved to terminate the contract, triggering arbitration in 2018. The W.P. Carey trust settled with Chubb for $45.6 million later the same year — $10 million more than what it spent on the project — transferring its right to collect tenant default damages, according to company financial records.

While Chubb’s petition stated that the agreement was terminated because of the university’s failure to procure a letter of credit, the deal appeared to go sour earlier, when a new vice chancellor took office and openly voiced his opposition to the contract in a series of inflammatory letters and statements to the press. According to W.P Carey’s partner Africa Integras, the companies had already poured tens of millions of dollars into the expansion, and the project was only a year away from construction completion.

Andrea Pizziconi, founder and managing principal, told Law360 that new chancellor Ebenezer Owusu was “actually offered several options to obtain the letter of credit. However, against the strong advice of his own advisers, Owusu refused to proceed with any of the options presented to him.” Pizziconi noted that his actions seemed “personally motivated as even the Ghanaian government, at times, attempted to intervene to avoid the disastrous termination of the project that ensued.”

In a 2019 press release, the university denied being subject to any arbitration award. Meanwhile, Owusu personally attacked his predecessor and Pizziconi in the press.

The project would have expanded the university facilities by 60%, Pizziconi said. “As it stands today, I estimate that at least 20,000 additional Ghanaian students were prevented from enrolling at UG because those facilities were not finished,” she said.

The financial default also cast a chill over development projects across the region, “since UG was a flagship project for education public-private-partnerships in Africa generally,” Pizziconi added. “This impact exacerbated the losses felt across the continent with so many universities keen to access private finance to address their own infrastructure constraints.”

“Now, to make matters worse, if this claim is not paid, the entire insurance industry will become more reticent to insure key infrastructure projects in Ghana, which will impact the country’s entire development agenda,” she continued. “Also, with an unpaid insurance claim, the U.S. government’s Development Finance Corp. will struggle to proceed in financing other projects in Ghana that require government commitments, which could cost Ghana billions in development financing.”

The University of Ghana did not immediately respond to requests for comment. Counsel for Chubb declined to comment.

According to Chubb’s petition Thursday, the court has no basis to refuse confirmation of the award, which falls under the New York Convention.