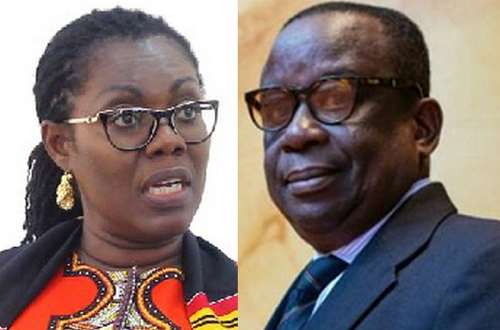 Ursula, Kan Dapaah should have been part of cabinet – Analyst

READ ALSO:  Stop being beggars of suits and holding cups in hand from one European country to another – African leaders told

The list has been criticized as being incomplete since these two ministers were left out.

Reacting on the Onua TV and Onua FM’s Maakye on Friday hosted by Captain Smart on Friday, Mr. Pauld Boateng said “the president has changed the security act so maybe he wants the security minister to concentrate but National Security Minister coordinate all the security agencies and as such he should have been part”.

READ ALSO:  A day-old-baby dumped in public toilet rescued by residents of Ashongman

“So if he is not part of the cabinet it’s not complete because they propose the laws. They discuss issues about the state and how it should be solved”.

He explained that “how the world is moving. Fraud and cybercrime are increasing so he should have been part of the cabinet”.