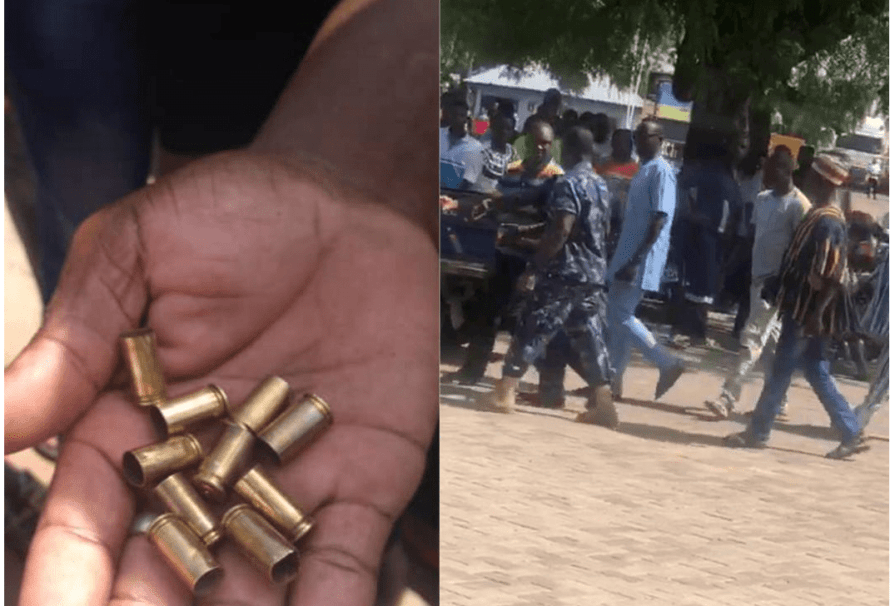 The TV3 Upper East Regional Correspondent, Mohammed Rabiu Tanko, was Wednesday morning arrested by officers of the Customs Division of the Ghana Revenue Authority at the Paga-Burkina Faso border while he was covering a story.

The officers are also reported to have fired multiple warning shots at the time of his arrest, ostensibly to scare him.

Mr. Tanko had gone to the area Wednesday morning to ascertain allegations made by some articulator truck drivers who allege that custom officers at the border charge what they describe as “exorbitant prices” as parking fees.

They allege that the custom officers at the “duty parking place” illegally charge each driver GHC 50 without issuing receipts. They thus resolved not to pay the money and have since parked there since Tuesday.

According to Rabiu, on getting to the entrance of the parking lot at the border, he saw the drivers agitated in the presence of some custom officers and immediately he decide to start filming with his phone.

“Then within some few seconds, the custom officers spotted me and rushed on me, seized the phone, telling me why am I taking [the video]? ”, he explained.

The journalist said he attempted explaining himself but they would not take any of his explanations neither did they care that he properly induced himself and showed the his ID card.

“They held my shirt through the neck and pulled my ID card away, they removed the ID card from the holder … then they started firing [warning shots] again and pulled me to their office.

He said it took the intervention of their boss to cease fire and to take him to their office where he was shouted at asked repeatedly why he did not seek permission before filming.

Mr. Tanko said he explained that he arrived when the agitation was ongoing and so he wanted to capture that agitation before going to the officers for their response. But they insisted and compelled him to delete all the videos from the phone before handing it back to him.

According to him, the agitated drivers thronged the officer while he was held for interrogation.

He has since been freed.