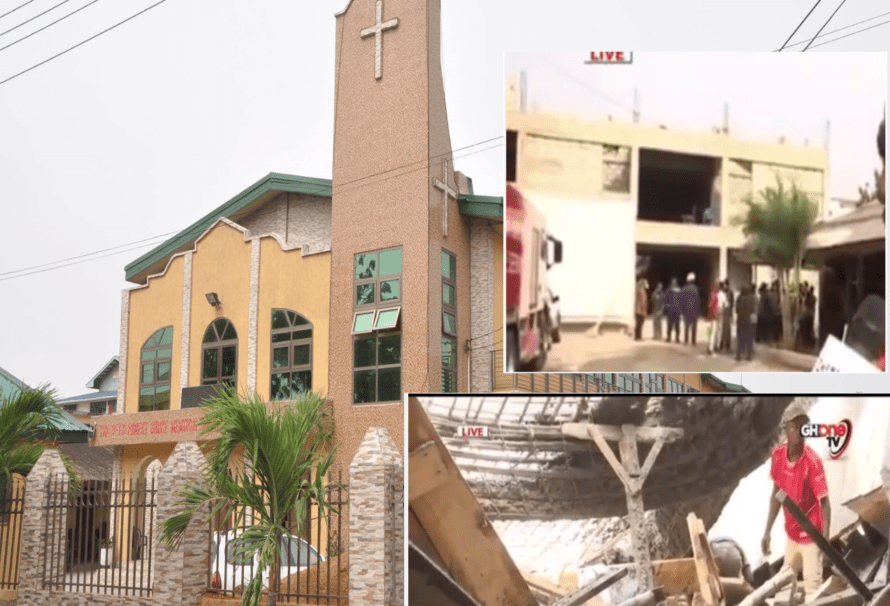 Part of the Rev Ernest Bruce Methodist Church in Adabraka in Accra has collapse, GhOne TV has reported.

A portion of the chapel building completed and dedicated in 1930 by Rev. Ernest Bruce collapsed on Friday, January 22, 2021 while renovation works were ongoing to make it a storey facility.

The report indicated two of the workers working on the facility were trapped in at the time of incident, while another sustained severe injuries.

It is unclear what led to the collapse of the portion of the  91year old building, however, the two who were  trapped in had since been rescued and sent to the Police hospital in Accra together with the injured for medical attention.