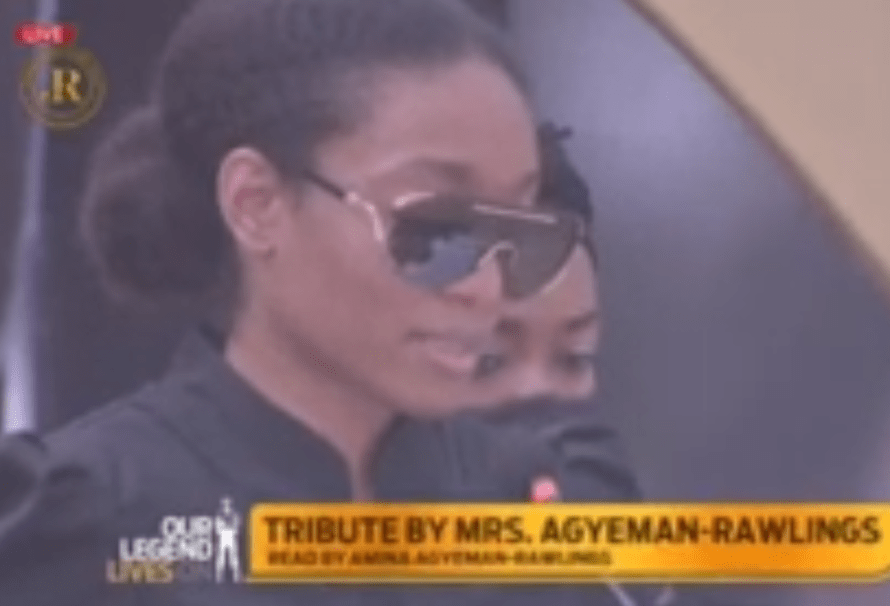 The third and last daughter of the three daughters born to the late former President, Jerry John Rawlings, Amina Agyemang-Rawlings was unable to hold her tears on Wednesday, January 27, during the burial service for her late father.

Amina who was reading a tribute on behalf of her mother and widow of his late father was thrown into tears at the latter part of her tribute prompting her elder sister Zenator to join her on the podium for moral support.

She was reading the tribute at the state funeral held in honour of the late J.J Rawlings at the Independent Square also known as the Black Star Square in Accra.

J.J Rawlings will be buried at the Military Cemetery on Accra.