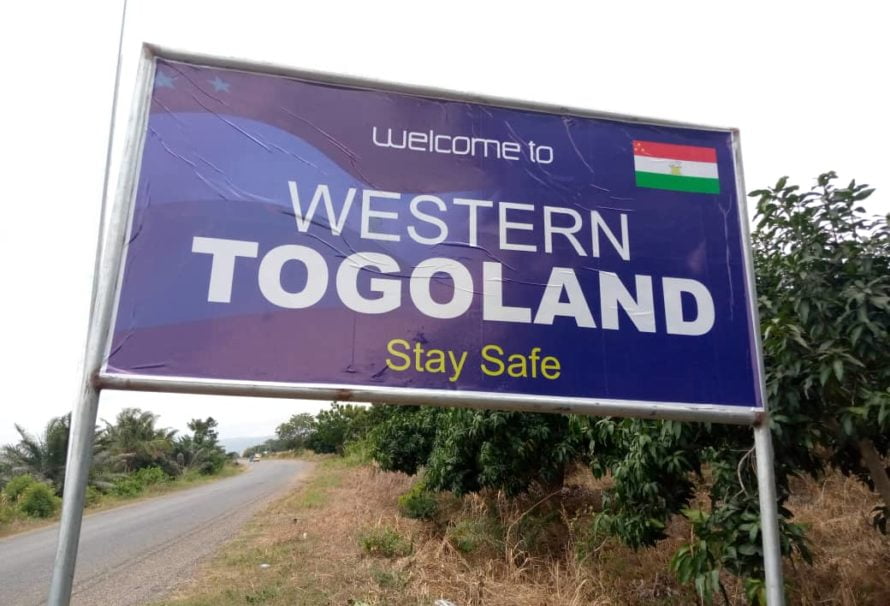 The Volta Regional House of Chiefs are aware of persons behind the secessionist group, Western Togoland, championing the declaration of an independent state for part of the country along the Ghana-Togo boarder.

The immediate past President of the Volta Regional House of Chiefs, Nana Soglo Alloh IV, who made the revelation said they were willing to assist the government fish out the persons who tried to threaten the peace of the country over the weekend when called upon.

Nana Soglo Alloh IV, made the revelation in an interview with Onua FM’s Yen Sempa programme, on Monday, September 28, 2020, in Accra.

“We are ready to help the government arrest them. If they call me like you have done, we can direct them to some of the leaders”, Nana Soglo Alloh IV added.

According to him, persons arrested over the weekend were not the real culprit behind the group adding they, as well as the government, knows the identity of the real perpetrators.

“Those who were arrested were not the real people. We know those behind. We know them and the government knows them”.

He indicated no one has the right to divide Ghana, hence a probe into the real intention of the secessionist group must be established in a conversation with them.

“We need to call and sit them down and ask them what they need because no one has the right to divide Ghana. They have no power”.

“These children who were arrested would be set free and they will do that again so they should call us the chiefs because they came to us to help them but we told them it was a treasonable offence”.

Members of the Volta pro-self-government, the Homeland Study Group Foundation (HSGF) who are seeking for the declaration of part of Ghana along the Togo border as Western Togoland in an attempt to claim their suppose independent from the state on Friday, blocked some roads in the Volta Region of Ghana depriving persons who ply the road access.

They were reported to have blocked the roads with blocks, sand, and burnt car tires on the road in their supposed quest for independence from Ghana.

Reports indicate that they also attacked two police stations at Aveyime and Mepe, freed inmates, seized AK47 assault rifles, and physically assaulted police personnel on duty at the time of the incident among others.

The incident which begun early, the report said claimed the life of one person and injured several others.

35 Arrested in Connection with Western Togoland Saga Airlifted to Accra

35 persons believed to be part of the group arrested in connection with the development, were airlifted to Accra on Friday and are currently in the custody of the Bureau of National Investigation (BNI) and the Criminal Investigation Department (CID) of the Ghana Police Service assisting with investigations.