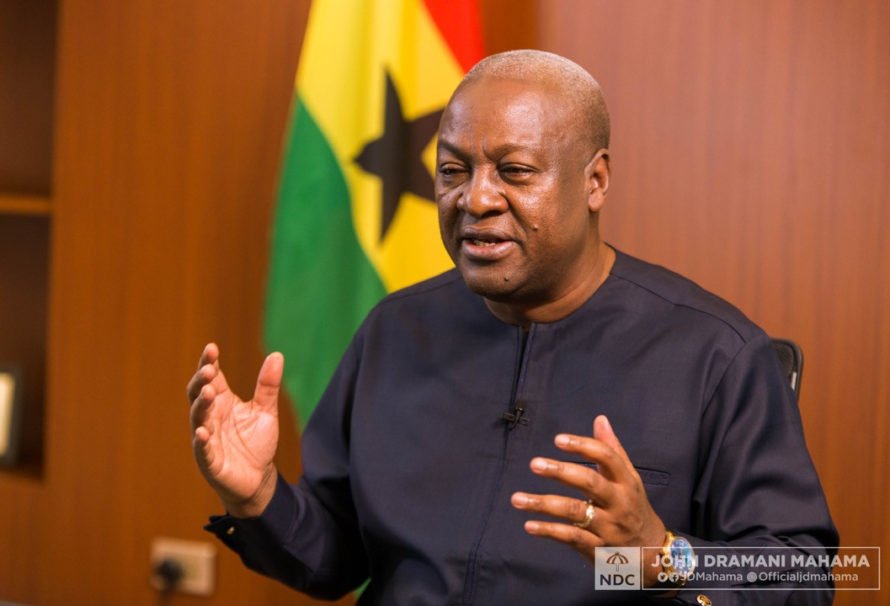 We will pay lockup funds of Ghanaian in Collapse Institutions in one Year, John Mahama. Image / johnmahama.org

The Presidential Candidate of the National Democratic Congress (NDC), Former President John Dramani Mahama has promised to pay all funds due Ghanaians who lost their investment during the financial clean up in one year if voted into power in the coming elections.

“I pledge on behalf of the NDC that we shall pay within one year all who have funds locked up with the collapsed financial institutions. Within one year.  I promise!”

The former president made the promise on Monday, at a ceremony to unveil Professor Jane Naana Opoku Agyemang as the NDC’s Vice-Presidential Candidate for the 2020 elections.

Speaking at the ceremony, ex-President Mahama said his administration would ensure that victims of the collapsed financial institutions would be relieved from the untold hardships the development had brought on their lives and that of their business.

“We shall not put up any long-term payment plans that will further worsen the living conditions of the victims, ” he added.

Financial Services Authority to be established

John Mahama also promised to establish a Financial Services Authority, an oversight agency, to oversee products and services of the various financial institutions to help prevent product challenges encountered by some financial service consumers, especially, consumers of the defunct MenzGold, DKM among others.

“As has been introduced in other economies, the next NDC Administration will establish a Financial Services Authority that will be responsible for ensuring that consumer financial markets work for consumers, providers, and the economy as a whole,” he said.

READ ALSO:  Audit Service Board will do itself some good by focusing on the age issue – Gabby Otchere Darko

The Bank of Ghana since 2017 had embarked on a chain of clean up exercises in the financial sector which saw the collapse of some 16 banks and 23 savings and loan companies in the period over insolvency.

Five of the collapse namely BEIGE Capital, Sovereign, Construction, UniBank, and Royal Banks were, however, merged into the Consolidated Banks of Ghana.

The action, the BOG said was in accordance with section 123 (1) of the Banks and Specialized Deposit-Taking Institutions Act, 2016 (Act 930).

Months on, some depositors of the collapsed institution are yet to receive their investments with many taken to the street now and then to register their displeasure about the development they said had brought untold hardship on them and caused the death of others.