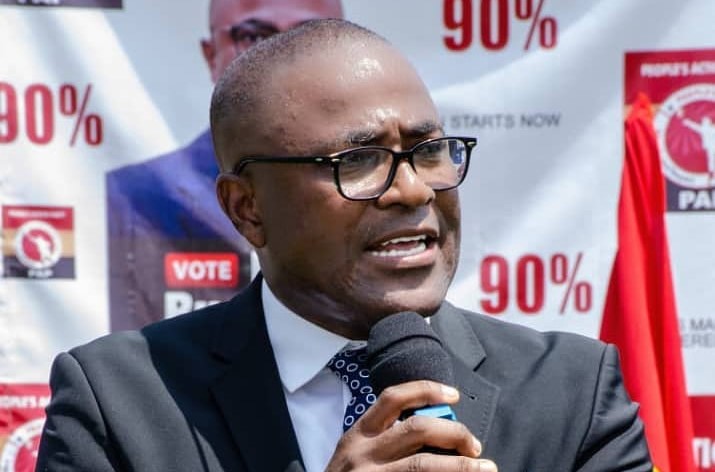 The Founder and presidential aspirant of the newly formed People’s Action Party (PAP) Kwesi Busumbru has disclosed that he would proceed to the Appeal Court over his disqualification from the December presidential election race by the Electoral Commission.

According to him, due diligence was made in filling the forms presented to the Commission, and do not understand on what grounds he and his party were disqualified from the race.

“I am disappointed and am in talks with my lawyers, now the next step is to go to the Appeal court to find out why the People Action Party was disqualified”.

Mr. Busumbru was speaking in a telephone interview on Prime Time News on United Television (UTV) and monitored by GhanaPlus.com in Accra on Monday, October 19, 2020.

I Am Disappointed at the EC

He indicated that he was disappointed about EC’s inability to communicate their disqualifications to them individually prior to the announcement adding the development does not augur well for a commission of such nature.

“I don’t even have notice that I have been disqualification, it was my friends who called me from America to tell me about the disqualification. It doesn’t augur well if EC talks to us about everything, why couldn’t they inform us about our disqualification and all of a sudden the news is everywhere without prior knowledge of the parties involved”.

The PAP founder was of the view that his disqualification was perpetrated by the EC together with the government because he was a threat to the two major parties in the country and also to disrespect the disqualified aspirants.

People’s Action Party, four others disqualified from the 2020 presidential race

The Electoral Commission on Monday announced that five out of the seventeen presidential aspirants who filled to contest in the December presidential elections have been disqualified.

The EC is however yet to give reasons for the disqualification of the five.