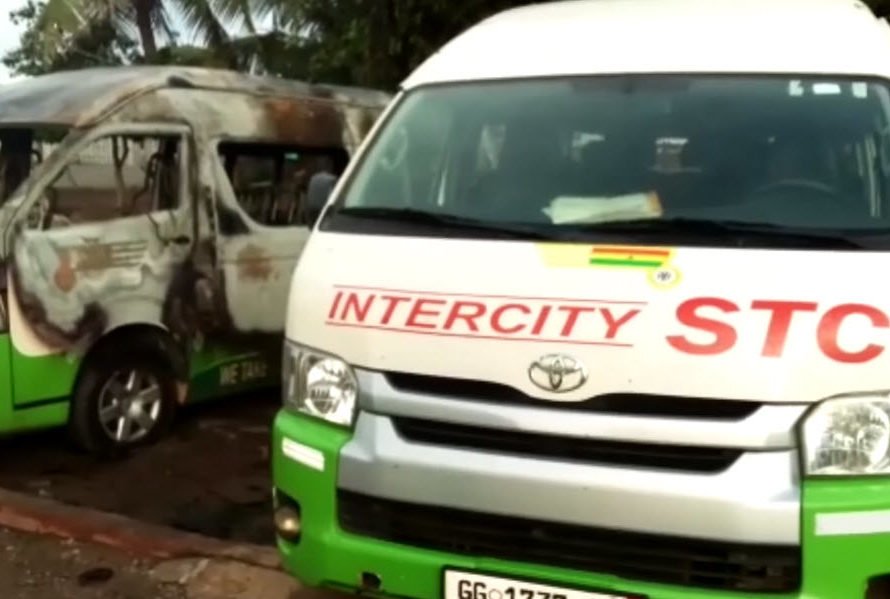 A group suspected to be members of the Western Togoland has been reported to have stormed the Ho State Transport Company (STC) on Monday, September 28, causing the destruction of properties belonging to the state company.

The new attacks come barely a week after the group blocked some principal street in the Volta region, took hostage of two police stations, freed inmate among others in demand for their supposed independence from Ghana.

The group numbering about ten and armed, report, said stormed the STC yard midnight, Monday, and attacked four buses belonging to the company, set one partially on fire, and another completely ablaze.

Drivers of the vehicles on duty at the time of the incident were also assaulted by the said armed men.

The report also indicates that the men carried out their diabolic act amidst gun firing in the darkness of the night.

According to the report, the military has so far taken control of the premises.

The Western Togoland secessionists are members of a pro-self-government group, the Homeland Study Group Foundation (HSGF) who have been championing a campaign to secede part of the Volta and Oti Regions from Ghana and declared as an independent state under the name Western Togoland.

The secessionist group which report has revealed that had been existence since 90’s re-immerged last year after being made to sign a bond of good behavior in 2017.

Their return saw the arrest of their leader, an 80year old, Charles Komi Kudzordzi, popularly known as Papavi Hobedetor, together with other members for making an independence state declaration at a public gathering in Ho.

They were subsequently arraigned before a court of adjudicature for trial.