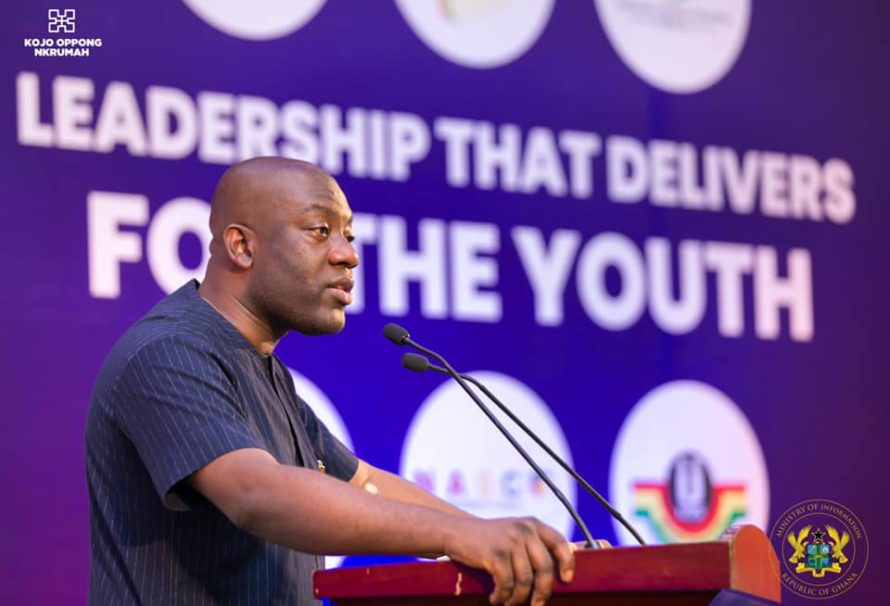 The Youth Employment Agency (YEA) has over the past three years, expunged 20,000 ghost names from its payroll after an audit.

The audit conducted by YEA further showed that the presence of the ghost names cost an estimated GHS82.5 million from taxpayers annually.

The YEA is mandated by law to coordinate, facilitate, and supervise employment for the youth and related matters in the country.

This information was disclosed by the Minister for Information, Kojo Oppong Nkrumah at the maiden nation-building updates in Accra on Wednesday.

Commending the act by the agency, Mr. Nkrumah said “the audit was one of the significant moves made by the YEA and from this service has saved us about GHS82.5 million a year for the last three and half years. For all the people that were believed to be on the Youth Employment Programme, by doing an audit, about 20,000 ghosts have been removed from it and the numbers about GHS82 million a year.”

He further added that “the YEA has reorganised its strategies and is now a facilitator for other agencies and have begun to support other initiatives including what was described by the Ghana Football Association president as a game-changer. About 1000 young people who are being paid monthly stipends because they are footballers”

In 2017, an internal audit orchestrated by the YEA exposed huge financial malfeasance believed to have cost the country GHS50 million.

The amount recorded was reported to be the total of salaries paid to beneficiaries who were unposted as well as monies allocated for official use but were sent to personal accounts and procurement without adherence to due process.