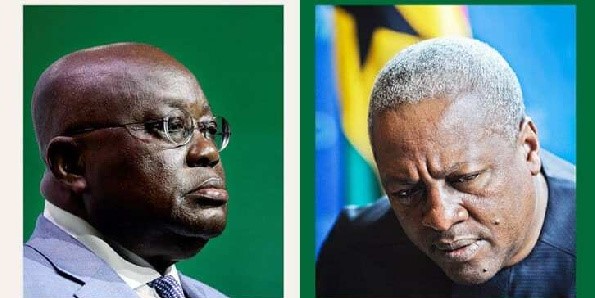 You will not receive concession, congratulatory message from Mahama – Haruna Attah

Ghana’s former High Commissioner to Namibia and Botswana, Ambassador Alhaji Abdul-Rahman Haruna Attah, MOV, has said that the President-elect, President Nana Addo Dankwa Akufo-Addo will not receive any concession speech neither will he receive a congratulatory message from his main contender in the just ended 2020 elections, former President, John Dramani Mahama.


In the view of Ambassador Haruna Attah, the 2020 presidential elections were rigged by the Electoral Commission (EC) for President Akufo-Addo, a situation he said makes it impossible for the NDC leader to accept defeat.

In an article on the elections, he stated: “In the just-ended Ghanaian Election 2020, many of us who voted are standing with President John Dramani Mahama not to concede to the presumed winner, Nana Addo-Dankwa Akufo-Addo. We do not find that particular competition worthy of such a concession. If Nana Addo and his apologists are waiting for Mahama’s concession and congratulatory message, hard luck – they should start getting used to it, they will not have it!

READ ALSO:  Love him or Hate him, J.J Rawlings stood for something

“In 2016, when Mahama accepted the election results, he conceded in a very gracious speech, which today is ranked amongst the best of such speeches by an African leader. It was not a legal or constitutionally binding gesture, only one of goodwill…

“Mahama is standing on two solid precedents here, both established by the NPP. The first was in 1992 when the NPP as a party and its presidential candidate, Professor Adu Boahen, citing a “stolen verdict” refused to concede. Not only that, but they also boycotted the first parliament of the 4th Republic. Professor Adu Boahen never recognised the outcome of Election 1992 till his dying day…

“Ten years later, after the 2012 elections, the NPP presidential candidate, Nana Addo-Dankwa Akufo-Addo, refused to accept the results and took his case to the supreme court where the country was held to almost a year’s long litigation over ‘pink sheets’. Our memories can stretch back four years from the pink sheets of Election 2012 to Tain in 2008. The NPP, with Nana Addo, boycotted that crucial presidential/constituency poll and the rest is history!

READ ALSO:  This is the day that the Lord has made – Koku Anyidoho

“So, what has changed that some spineless hypocrites are railroading Mahama to concede a flawed election in which he had all the decks stacked against him from the appointment of a partisan EC chair and commission, to a mostly murky/opaque collation of electoral ballots that the EC itself found dumbfounding and kept changing the figures.”

Mr. Mahama had indicated that he will not accept the elections of the polls because the elections management body rigged for the New Patriotic Party (NPP).