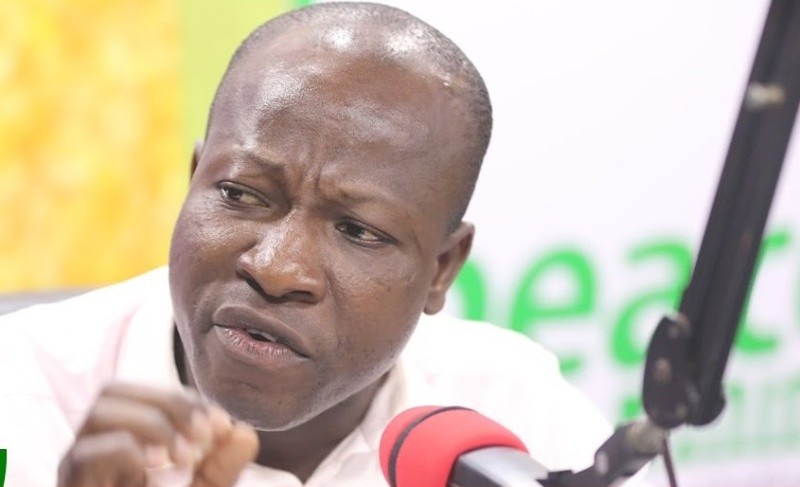 Former member of the Convention People’s Party (CPP), James Kwabena Bomfeh(Kabila) has called on government to increase the ₵100 threshold at which mobile money transitions are expected to be taxed.

Speaking on Kokrokoo on Peace FM on Wednesday, November 24,  monitored by GhanaPlus.com, he said the ₵100 is low.

Kabila said increasing it will bring some relieve for him and many others who send money on daily basis to support other vulnerable ones in the country adding as long as the Ghanaian family system remains many people will be caught up in the ₵100 threshold.

“Another thing is the threshold that they will tax on; the ₵100 some people have said it is too low. Kwame, I will profit from it If it goes up a little, it will help all of us because if you live in Accra, if you come from Kintampo , you come from Bamboi, if you belong to a family in Ghana you will do mobile money transfer and so if the threshold will go up a little to create some relieve  I believe I will support that,”Kabila said.

The government of Ghana in its 2021 Budget Statement presented by the Finance Minister, Mr Ken Ofori-Atta on Wednesday, November 17 announced a 1.75% levy on all momo transaction exceeding ₵100.

The tax, the minister said is to help widen the tax net and rope in the informal sector into the country tax system.

“After considerable deliberations, the government has decided to place a levy on all electronic transactions to widen the tax net and rope in the informal sector. This shall be known as the “Electronic Transaction Levy or E-Levy”, Mr Ofori-Atta told Parliament.

However since the announcement many Ghanaians have kicked against the tax adding that would bring more hardship.

The Minority group in Parliament and member of the opposition National Democratic Congress(NDC) has said they will vote against the 1.75% imposed on the mobile money transaction.