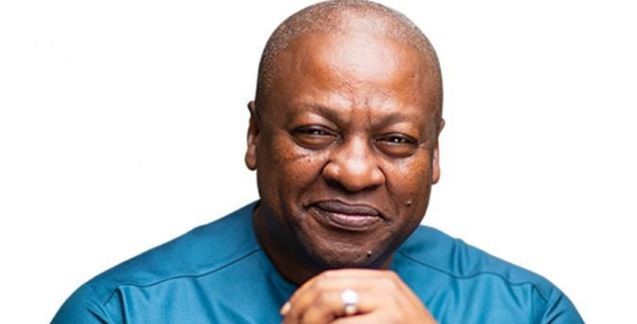 The Head of History and Political Science Department at the Kwame Nkrumah University of Science and Technology (KNUST), Dr Samuel Adu-Gyamfi has said the National Democratic Congress(NDC)’s 2021 Presidential Candidate, Mr John Dramani Mahama will win the 2024 elections easily if the internal wrangling within the ruling New Patriotic Party(NPP) persist.

“Now in spite of all this internal schism and wrangling and tensions, I can say with no equivocation, that if these things subsist and the NDC will be kind enough to themselves to bring the formal President Mahama, he will win hands down”.

The Political Science Lecturer and Analyst made the remarks in an interview on TV3 NewDay on Friday, April 9 monitored by GhanaPlus.com.

He explained the 2024 election would be judge on the performance of the government adding that the NPP should concern itself with developing the country to the satisfaction of the citizenry instead of focusing on which tribe the 2024 candidate should be coming from.

“Why the NPP wouldn’t be interested in state building and building the state to the extent that by virtue of their own internal democratic credential and their ability to deliver home the public good, the nation or the nation state for that matter will say that we want you to even stay in power,” he quizzed .

Dr Adu-Gyamfi’s comment was in reaction to a comment made by the Member of Parliament for the Suame Constituency and Majority Leader of Parliament, Mr Osei Kyei Mensah Bonsu over who lead the party in the 2024 elections.

The Majority Leader, Mr Osei Kyei-Mensah-Bonsu, in a recent interview with Joy News said it would be unwise for the NPP to have another Akan as its flag bearer in the 2024 elections, having had three Akans as Presidential Candidate including the current President.

He indicated the purpose of his view is to deal with the “Akanistic” tag being propagated by the opposition NDC.

The Suame MP’s comment, however, had been greeted with scorn from a section of the public and the New Patriotic Party(NPP).