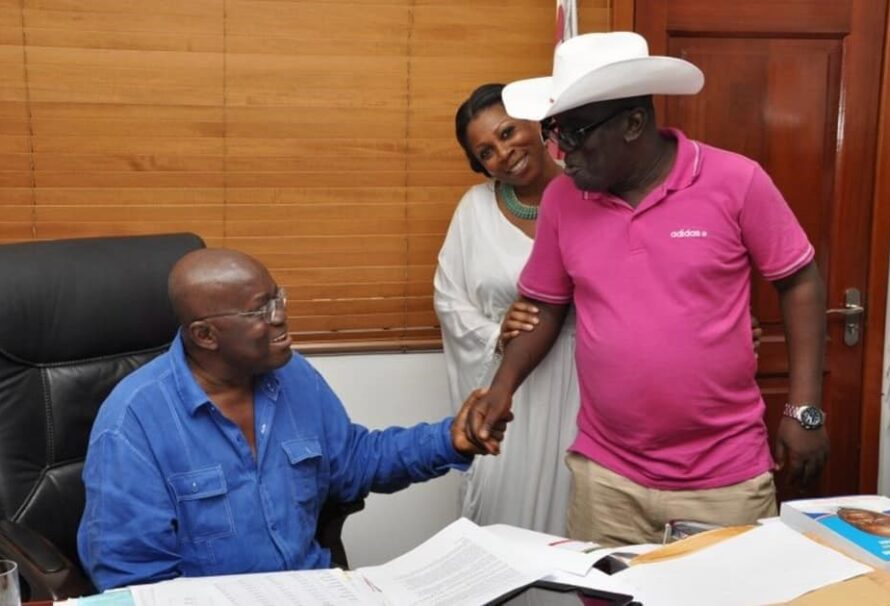 Be ashamed for organizing Sir John’s funeral in such manner, he will not be happy with you – NDC Communicator tells Gov’t

Speaking on TV3 NewDay on Friday, June 4 monitored by GhanaPlus.com, he said the late NPP stalwart would not be happy with the party in his grave for the development and indicated they should be ashamed of themselves for presiding over the event which breached the COVID-19 protocols.

He indicated he was disappointed at the turn of event in the midst of the deadly COVID-19 disease adding the development only gives the impression that there were two set of rules governing the country as far as the COVID-19 was concerned.

“I have watched pictures and videos of how the funeral was organized and I must say that am very very disappointed. Disappointed because few weeks or month ago, leaders of the Christ Embassy were arrested. As we speak they are currently facing prosecution because according to the law enforcement agencies they organized an event that they did not comply with COVID-19 protocols but as you speak when you look at the pictures and videos of Sir John’s funeral is appears there are two different types of laws guiding this country, that any time it had to do with politicians or the governing party they can disregard,” he said.

He noted the government shouldn’t be seen to be lenient in applying the laws of the land, especially, when it had to with the government and political parties.

“I remember the funeral of our founder, they observe strictly the protocols and so it was possible to observe the protocols in the organization of Sir John’s funeral but what I saw yesterday, was very very bad, very terrible and I think that the government should advise itself that you see, we should not be seen as political leaders to be applying different rules to the citizens that when the Church is seen doing these things then it is wrong then we want to persecute them but when it has to do with politicians or government then it is ok,” he said  .

“I think that even Sir John himself will not be happy seeing how, President Akufo Addo and his governments have blatantly disregarded the COVID-19 protocols in the organization of his funeral, especially, as we are told that he died of COVID.  So I think that the government should be ashamed on how they led that particular organization without complying to the COVID-19 protocols,” he added.

The late former NPP General Secretary, Mr. Kwadwo Owusu Afriyie, popularly known as Sir John was laid to rest on Thursday, June 3, at Sakora Wonoo in the Ashanti Region in an event well attended by the rank and file of the country’s political class.

However, pictures and videos of the ceremony had thrown the country into a total uproar as many could be sighted crowded at some point with no nose mask amidst the COVID-19 disease which had claim millions of lives world wide.

Sir John himself was reported to have died from the disease on July 2, last year.