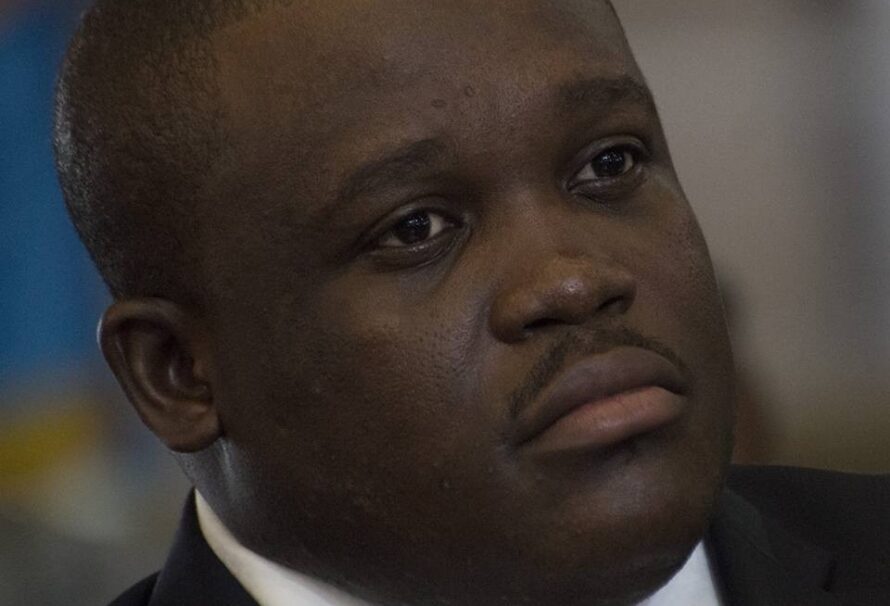 The Member of Parliament for the Ningo Prampram Constituency, Mr Samuel Nartey George has descended heavily on the Ghana Bar Association(GBA) for wading into discussions on the brawl which occurred in Ghana Parliament a week today.


Ghana’s Parliament on Thursday, January 7, prior to the dissolution of the 7th Parliament and election of a Speaker of Parliament and subsequent swearing in of the 8th Parliament made a mockery of itself to the surprise and dismay of many Ghanaians and international community.

From one brawl to the other, the parliamentarians throw insults and blows, fought, chase, hoot, hit and kick themselves and properties while another snatch ballot papers used for the elections.

Many Ghanaians including the civil society organizations have criticized it describing it as shame on the country’s democracy.

The Ghana Bar Association, on it part  on Tuesday, January 12, in a statement signed by its National President and Secretary, Anthony Forson Jnr and Yaw Acheampong Boafo, respectively, condemned the development.

“The actions of the Members of Parliament are a blight on the democratic credentials of Ghana which is a shining example on the African continent. It is the expectation of the GBA that there will be no such chaotic and disorderly scenes in Parliament in future and that the Parliamentarians will always strive to safeguard Ghana’s democratic credentials,” the statement reads

The statement also described as unacceptable the allegations made by the Asawase Member of Parliament, Muhammed Mubarak Muntaka and urged him to prove his allegation or redraw and offer an apology to the Justices of the Supreme Court.

Reacting to the statement in a Facebook post, the NDC MP described the learned men of the law as a group of drunks and bunch of silly hypocrites adding “they have now found their voice”.

He also described their actions of keeping mute in the face of the many atrocities committed in the country before, during and after the 2020 elections as nauseating and irritating.

Together with the GBA letter titled “Ghana Bar Association on Parliament of Ghana and Allegation of  Bribery Against a Supreme Court Judge,” this is what Sam George had to say;

“Dear President Akufo-Addo, I thought you had banned all indoor Bars and Pubs from operating. See what this group of ‘drunks’ have thrown into the public space”.

They have now found their voice. Bunch of silly hypocrites. If there’s any group of persons whose actions are nauseating and irritating, it is these ones.

Let me just hold my peace before I sin before God.”