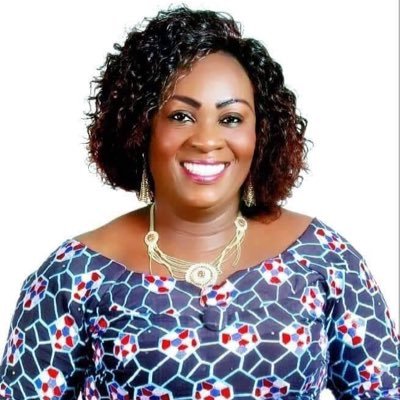 The Minister designate for the Ministry of Fisheries and Aquaculture Development, Ms Mavis Hawa Koomson has spoken for the first time about competence on her social media platform following her vetting on Thursday, February 18, 2021.

The Member of Parliament for the Awutu Senya East Constituency and former Minister for Special Development Initiative  was vetted on Thursday by the Vetting Committee of Parliament for her new role following her nomination by the President, Nana Addo Dankwa Akufo-Addo.

Hawa Koomson ridiculed for lack of control on Queen’s language, knowledge of the fisheries sector

Ms Koomson’s competence for the ministerial role had since been questioned by a section of the public following her performance at the vetting which had been described as flawed and abysmal over her inability to speak the English Language frequently and also seemingly lack of adequate knowledge in the fisheries sector which she had been appointed to.

Some non- governmental organizations and even individuals have petitioned Parliament not to approve her nomination.

Others including Security Analyst, Adam Bonaa had also petition Parliament to approve her nomination adding that one’s ability to speak fluently the queens language and define subject should not be a yardstick for ones competency.

Speaking on her twitter page for the first time after the vetting on the issue of her competence, Ms Koomson said competence meant keeping ones head in crisis , sticking with a task even when the situation seem hopeless and finally finding solutions to difficult problems when every second of it matters.

READ ALSO:  It is in the national interest to prevent Godfred Dame and Ken Ofori -Atta from becoming Ministers

“Competence means keeping your head in a crisis, sticking with a task even when it seems hopeless, and improvising good solutions to tough problems when every second counts. Good morning, have a blessed week,” her twitter post reads.

Competence means keeping your head in a crisis, sticking with a task even when it seems hopeless, and improvising good solutions to tough problems when every second counts.

Good morning, have a blessed week