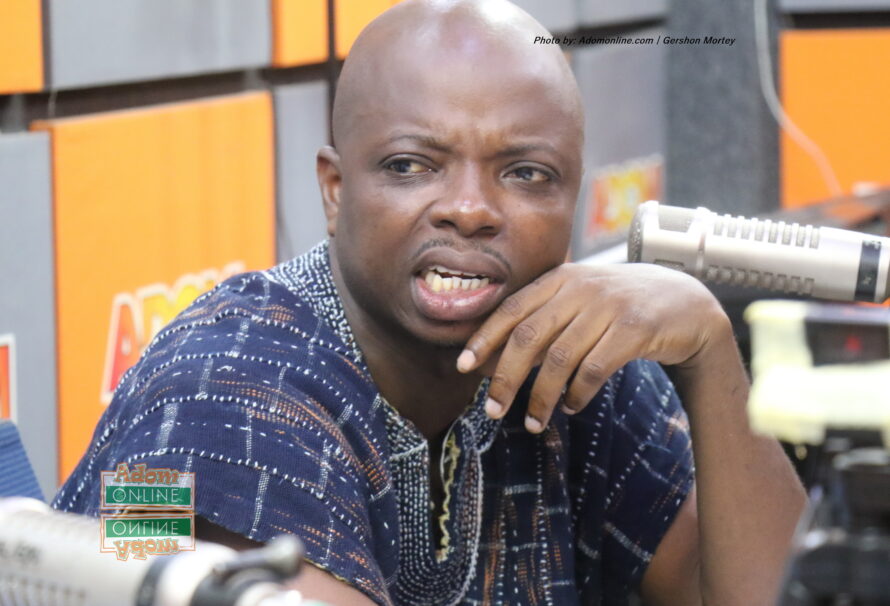 The Bono Regional Chairperson of the New Patriotic Party, Kwame Baffoe, Abronya DC has argued the former Chief Executive Officer of AngloGold Ashanti and business tycoon have not been following happenings in the country hence his assertion that major corruption issues in the country  has not been conclusively dealt with since the fourth Republic began.

According to him, uncountable numbers of cases had been dealt with and also conclusively during the reign of President Kuffour, his successor, Prof John Evans Fiifi Atta-Mills, through to Mr John Dramani Mahama and finally under the administration the Akufo-Addo led government.

He described as inaccurate the information put out there by the Ghanaian businessman and chancellor of the University of Cape Coast.

The NPP politician was speaking on discussion segment on UTV’s Late Night News on Tuesday, April 27, monitored by GhanaPlus.com.

“One thing that he said that if he is watching me he should listen well that is inaccurate is that he said in the fourth republic, it is in his statement, that under the fourth republic, Ghana has not dealt conclusively with any corruption case. We  don’t have even have one corruption case that has been dealt with conclusively, it means Sam Jonah don’t follow issues in Ghana,” Abrony DC said.

Corruption cases dealt with under forth republic

He said cases involving the National Communication Authority’s $4m scandal saw the likes of  former Director-General of the NCA  Mr Eugene Baffoe-Bonnie, a former board chairman of the NCA, Mr William Matthew Tetteh Tevie , as well as Alhaji Salifu Mimina Osman,a former Deputy National Security Coordinator sentenced to imprisonment in May 2020 for causing financial lost to the state.

He also mentioned the likes of  former Member of Parliament for Keta, Mr Dan Abodakpi, and a former Deputy Finance Minister, the late Victor Selormey who were convicted in 2007 for the same corruption.

He again mentioned the case involving  a former  Chief Executive Officer of the [email protected] 50 Secretariat, Mr Charles Wereko Brobbey and Chairman of the National Planning Committee of the Ghana @ 50 Celebration Mr Kwadwo Okyere Mpiani in 2010 among many others.

“Quality grain case was it not dealt with under President Kuffour with people who were supposed to be jailed,  jailed?  Was Dan Abodakpi not jailed ?. Is not corruption that landed Tsikata in jail?, Victor Solomey, Kwame Preprah, it not corruption that took them to jail? Ghana at 50 under President Mills, didn’t they set up a commission, under the commission was Wereku Brobbey and others not brought before the Court of appeal and others and they were discharged, did it happened or not? and so if he say under the forth republic not even a single case has been dealt with conclusively, how many have I listed right now. Abuga Pele’s case, was it not prosecuted?”

“Agya Kwabena, youself didn’t you report on the National Communications Authority, people who in 2014 shared Ghana’s money and spent it for free that under Nana Addo’s government all these people, Baffour Bonney, Matthew Tever and Alhaji Osman were prosecuted and now serving term imprisonment in Nsawam, is it not corruption case? Venture Capital, Daniel Duku did he not revealed in court in March 2020 he had in his possession Ghana’s money amounting to 18.5million and other properties he used Ghana’s money to acquire and he was prosecuted and refunded everything back to the state ?’’ he quizzed.

“So if you are given a platform and you don’t have anything to say, don’t say Ghana hasn’t prosecuted corruption conclusively under the forth republic,” he said.

Government under fourth republic only pay lip service to anti-corruption

Mr Sam Jonah, a mentor to many in a  statement said governments, past and present only paid lip service to the fight against corruption adding majority of such cases had not been dealt with conclusively.

“Our governments pay lip service to anti-corruption but do little substantially to cure the canker. Which of the major corruption issues has been conclusively dealt with since the fourth Republic began? There have been major corruption scandals and none has been conclusively dealt with. I could give you a long list of unsolved corruption cases but there is no need to bore you with something you are all so familiar with. As a friend of mine will say, the problem with corruption is not the absence of laws, but the certainty of punishment. Sadly, there is rather certainty that corrupt people especially in high places will never face punishment. And this has bred impunity in those who would rather take it all for themselves through dubious means than serve the common good. We cannot go anywhere if this situation continues. No country can develop without dealing decisively with corruption”.