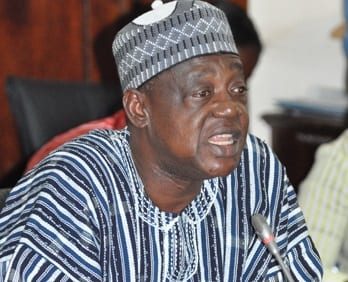 A member of the National Democratic Congress (NDC)’s Council of Elders, Dr. Benjamin Kumbour has called on members of the party hailing the former President, John Dramani Mahama as the new king of the party not to be in a hurry to create enemies for him.

According to him, John Mahama was just and individual and as it had been echoed in time past during the era of the former President Jerry John Rawlings, no single individual could be in control of the party.

“That is exactly the problem of lack of scientific analysis. John Mahama is an individual and just look at the logic. Most of these people do not understand what they are saying. Yesterday people raised legitimate concern, NDC does not belong to Rawlings and I agree with them and have always said that an individual cannot own and control the party, what are you talking about today, since when has that narrative changed”.

Dr Kumbour was speaking in an interview on JoyNews’ PM Express on Monday, April 19, monitored by GhanaPlus.com.

He described the Mahama in control assertion by a section of the party as childish, uninformed and anti Mahama adding the former President himself may not necessary be in support of the claims.

“Mahama has his presence, a leading and formidable person in the party but does that means Mahama himself accepts that he is now in control of the party, I don’t believe that is the way he thinks,” he said.