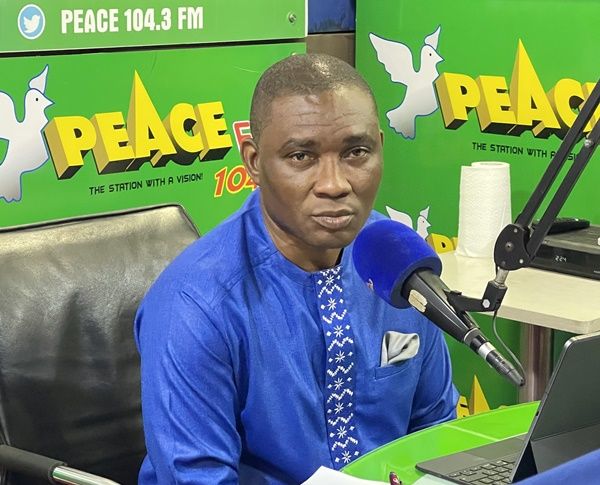 First and second ladies' salary “Do we want to see them selling at makola?

Tarkwa-Nsuaem Member of Parliament (MP), George Mireku Duker has rebuked the National Democratic Congress (NDC) and a section of the general public for objecting to the Parliamentary approval of salaries for First and Second Ladies.

There is a bone of contention between the government and the opposition NDC over the payment of salaries to the wives of the President and Vice President.

Some critics have also argued that the decision is a breach of Article 71 of the constitution.

“I am a Member of Parliament, I personally do not subscribe to that, whether it is an NDC President or an NPP President, your wife is not a Public Officer, you wife is your wife. Are we also going to say that the Spouse of the Chief Justice, the spouse of the Speaker must also be paid? Where do we draw the line. Already they get allowances, they get protection from the state at the expense of the taxpayer and I don’t have a problem with that…”, he argued.

But to Hon. Mireku Duker, the furore generated by the decision, is “embarrassing” to say the least.

”We need to stop some of these things. It’s unnecessary. I’m even embarrassed”, he told host Nana Yaw Kesseh during Friday’s ”Kokrokoo” on Peace FM.

According to him, the First and Second Ladies deserve the allowances.

Hon. Mireku Duker asked Ghanaians if they want to see their First Lady turn to retail business after leaving office.

”Will it be nice for you to spot Mrs. Lordina Mahama sitting in front of somebody’s store and selling commodities? What kind of picture will we paint to the outside world? That you will go to Makola and Mrs. Lordina has acquired a store and is engaged in trade for people to belittle her, is that what we want to say?” he questioned.

”I believe if it happens so, indirectly we will be promoting corruption because if the person will become President and knows that he will face hardships tomorrow, to the extent that his wife will be forced to engage in retail business, he will have second thoughts. He won’t sacrifice himself to work for the nation because it means this is not a country that you die for.

He further slammed the NDC for fanning the flames.

”Why are we behaving as if we’re Saints from Heaven? Please, let us think because NDC, they’ve had the opportunity to be in government,  and what extraordinary did they achieve? It’s not like they are coming to do anything new that we don’t know already. We know them!” He fumed.