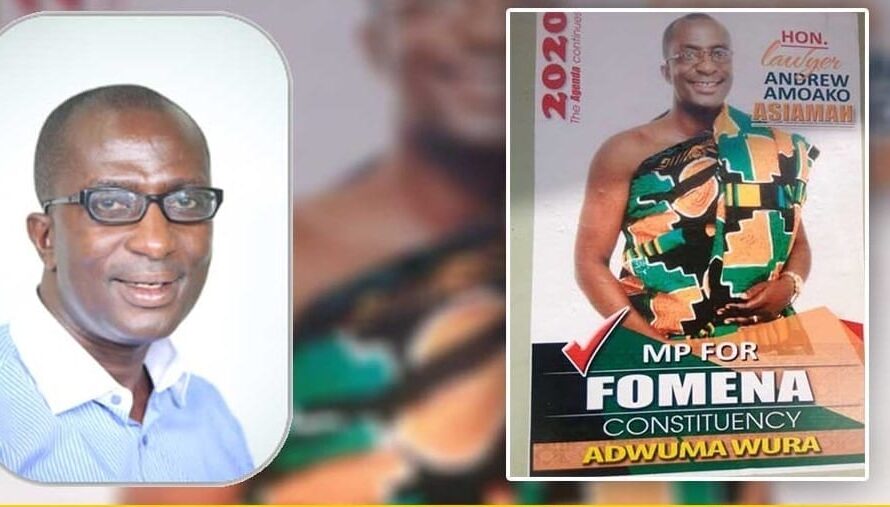 Member of Parliament-elect for Fomena Constituency, Andrews Amoako Asiamah has set conditions upon which he would join the New Patriotic Party in Parliament come January 7, 2020.

The sacked MP which has definitely become the biblical rejected stone turned the corner stone has called for the resignation of the entire executives of the New Patriotic Party (NPP), in the Fomena Constituency as his condition to join the party again

The call, according to the MP-elect, falls in line with his laid down conditions to determine whether to rejoin the party or otherwise.

The development makes the fate of the NPP to become the Majority in Parliament is on the balance as the independent MP-elect intensifies demands before crossing carpet to the NPP in Parliament.

The latest condition is for the dissolution of the entire executives as he maintains “the current crop of NPP executives in Fomena are corrupt, incompetent and I will not be able to work with such executives”

Speaking on Akoma FM‘s morning show GhanAkoma on Thursday, December 31, Special Aide to the MP-elect Seth Oduro described the current executives in Fomena as failures as he explained that “the executives have made it clear to us that they cannot work with lawyer Asiamah even if he crosses carpet to the NPP, therefore we have advised ourselves that it is likely the executives might sabotage us”.

“That is why we are calling for their resignation as part of our conditions to rejoin the party and make it the Majority in Parliament.”

This call comes at the back of the resignation of the Constituency Chairman Akwasi Nti Asamoah on health grounds.

However, the MP-elect is of the view that “the resignation of the Constituency Chairman is not enough. The entire executives who failed the party must all resign else our decision to cross carpet will be withheld”.

Meanwhile, Fomena Constituency Secretary Osei Mensah, who was fingered as one of the executives to resign, refuted the claims of the MP-elect.

“As it stands, we the party executives do not recognize the MP-elect as one of us because according to the party’s constitution when one goes independent, he or she ceases to be part of the great NPP so we will treat his claims with the contempt it deserves.