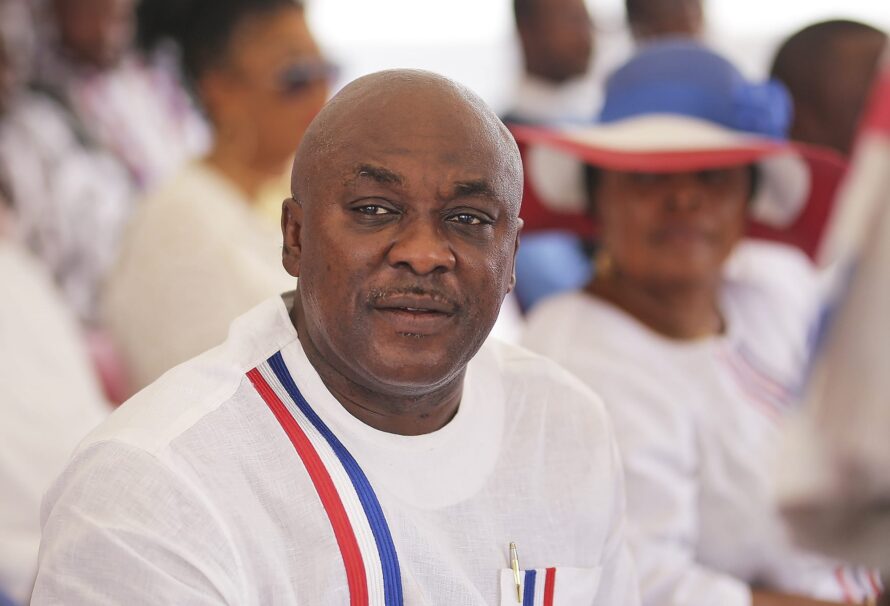 The Member of Parliament for Tema West Constituency, Carlos Ahenkorah who snatched ballot papers in Parliament during the election of the Speaker of the 8th Parliament, has offered an explanation on why he took the decision.


The MP in a Parliamentary proceeding telecast live on almost all television platforms in the country and beyond to elect a new Speaker for Ghana’s 8th Parliament snatched ballot papers and took to his heels following some misunderstanding in the house.

In a lengthy piece sighted on his Facebook page by GhanaPlus.com, the MP who have become a laughing stock following Thursday, January 7, incident said his action was motivated by issues preceding the elections in which the Members of the National Democratic Congress seem to have had their way with every issue raised on the night, all of which was not suppose to be.

He cited, the occupying of the Majority seats by the Minority on the night, the injunction on the MP-elect of the Assin North Constituency and the denial of the whips to see votes cast by their members, a common practice in the house and later secrets balloting and unwavering stands of the NDC on the night as his reasons adding that he wanted to snatch the ballot to cause re-run of the election.

Here is full text of his explanation

My party the NPP of course enjoys a slim majority in parliament courtesy the independent candidate from fomena. By this arithmetic, the NPP was supposed to occupy the right side of the speaker in the chamber. When we got to parliament, the opposition had occupied our seats. We tried to convince and work things out with them but they declined whilst almost assaulting the marshal’s of parliament. We conceded because of the inauguration ahead of us and sat in their space. Then the clerk of parliament announced that the injuncted assin north mp couldn’t vote by virtue of a court order served on him.

After a long heated debate, the NDC still wouldn’t yield. Leadership went into conclave and returned with one of the most unfavourable agreements ever. That a clause in the constitution forbids anyone who isn’t qualified to vote in parliament to vote. If the injuncted mp elect decides to vote he suffers the consequences afterwards himself. How ridiculous! What if his vote changes the outcome of the elections before he goes to court?

Then we got to voting and the minority claimed they won’t allow any whipping, in order words no one can show their vote to their whips after voting. Really?

Then what’s the whip system for? Why do we have whips? Since the beginning of the 4th Republic, elections had always been controlled by whips to ensure their members vote on a particular line. It happens everywhere in this world. Asking us not to be whipped sent us all wondering. The NPP didn’t comply. The clerk ruled that voting could commence after a little back and forth. As the first few npp members voted ,the ndc whip in the person of muntaka attacked an npp member and collected his ballot paper from him because he’s shown it to someone. A scuffle ensued and he took the ballot box itself and the ballots inside away. After a long wait, balloting recommenced. This time the same muntaka took the ballot box and run off that someone was showing their ballot whiles John Jinapor and Sam George kick boxed the voting booth. This act happened 3x so leadership had to go into conclave once more. Upon their return they asked us not to show our votes anymore. I Immediately sensed danger especially when during voting we noticed many skirmishes where some opposition members would cross over into the npp voting booth to vote there etc.

Looking at the slim margin between us ,(NPP and NDC)all the ndc had to do was to lure or convince a couple of members of npp and carry the day. So i indicated to leadership the dangers in that ruling. After voting and true to my words, the npp votes counted 136 instead of 138 numbers we had. I wouldn’t accept that. The irregularities accompanying the voting from the start were too many which had compromised the voting so much so that I wanted to create a situation for a rerun. Just as my colleague from the other side took the ballot box away on 3 occasions, I also grabbed a few ballot papers before they could be counted so as to force a rerun. It’s a very tough situation to have opposition as speaker especially when he’s the president in the absence of Nana Addo and his vice not to mention how parliament would function by passing the presidents policies and laws to pave way for development. My colleagues on the majority side couldn’t help take advantage of my sacrifices to force a rerun and we’d to settle for an opposition speaker.

I must say I am heart broken and dejected. We’ve not seen the end of this yet. With this success they would tell us what they want and what they don’t in parliament because the whip system has been compromised. This is so sad. I’ll die for my party any day.

I did it for the grassroots who relied on us in power to survive, the president who needs some peace to run the country and the greater npp party as a whole because we cannot always allow the ndc to threaten and vilify us. I apologise though to my family and friends both far and near who may be affected by my actions.

The NPP in me couldn’t be controlled. I apologise but I tried!!!