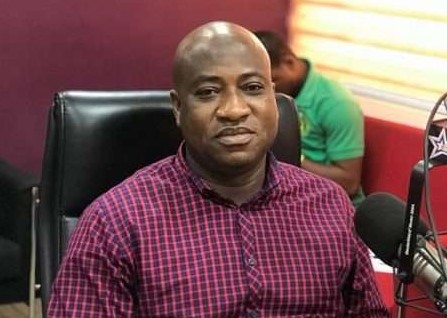 The Member of Parliament for the Tamale Central Constituency, Ibrahim Mohammed Murtala has questioned the true identity of members of the National Democratic Congress (NDC), Cadres for Accountable Leadership (CAL) demanding collated results of the 2020 elections from the leadership of the party.

The group, Cadres for Accountable Leadership (CAL) led by one Livingstone Pay Charlie at a press conference in Accra on Wednesday asked the party’s leadership to produce collated results of the 2020 elections or apologize to the Chairperson of the Electoral Commission, Mrs Jean Mensa.

However, speaking on Hot News on Pan African Television on Wednesday, March, 24 monitored by GhanaPlus.com, the NDC member said true members of the party would in no way make such demands from the party’s leadership, most especially, apologizing to Jean Mensa.

According to him, even non members of the party were angry over the conduct of the EC Chair during the elections, let alone the NDC members the EC Chair’s decision affected.

He noted genuine members of the party know the processes through which they could channel their grievances and not through demonstrations adding the development was meant to harm the party.

They have been compromised if they are NDC members

He believed if indeed the members making the demands were members of the party, then they had been compromised by the government and the president to fulfill some agenda.

READ ALSO:  Akufo-Addo will not hold any member of his government to account

“An honest and genuine and sincere NDC would not even attempt to say that the NDC should be apologizing to Jean Mensa and the NPP infested Electoral Commission, everybody that Mr Nana Addo never won the election, everybody knows that the elections were fraudulently declared for Mr Nana Addo by Jean Mensa who is by the way a family relation of the first lady and who by the way was and still an activist of the NPP” he emphasized.


“And everybody knows that the elections that we want on 2020 were certainly not free, fair and transparent. …..Any true and sincere and honest NDC people will not making the kind of statement and demands they are making…. If not a compromise. To say that the NDC should be apologizing to the Electoral Commission If they are NDC members they are certainly may be compromised,” he said.