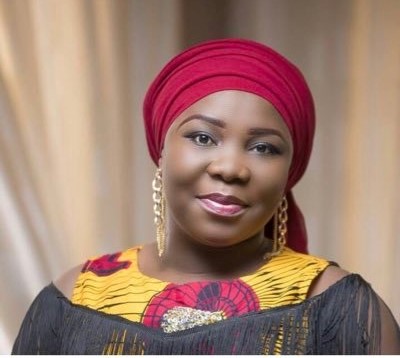 A member the New Patriotic Party legal team, Fatimatu Abubakar has said that she believes anomalies committed by lawyers of John Dramani Mahama in their petition submitted to the apex court over outcome of the 2020 Presidential election was divinely orchestrated.

According to her, God is hinting the NDC and its flagbearer that mistakes are part of the process and that the error made by the Electoral Commission (EC) in its declaration does not amount to a “subversion of the will of Ghanaians” as the NDC claims.

Explaining proceedings so far, the legal practitioner noted that the NDC did not only make mistakes in its initial petition but that even the amended version was fraught with errors.

READ ALSO:  Nothing shall limit the greatness of my destiny – Koku Anyidoho

“The petition he (John Mahama) sent to the court had mistakes so he prayed the court to allow him correct them. Their request was granted by the Supreme Court despite objections from the EC and President Akufo-Addo’s lawyers. Even the application for amendment had errors. I think God’s exposing them. You are accusing the EC of making errors meanwhile in your petition, there are errors”, she said on Net2.

John Mahama, the flagbearer of the National Democratic says it was illegal for the EC to declare Nana Addo Dankwa Akufo-Addo as the winner of the December election so he has gone to the court seeking reversal of same.

During the court’s first sitting, Mahama’s plea for amendment to his petition was granted by the Court.

At the second sitting, a motion filed by his lawyers to interrogate the Chairperson of the Electoral Commission was flatly rejected by the seven-member panel.

The third sitting was on Wednesday, January 2021 where the court announced the roadmap for adjudication of the case.

Mahama’s lawyers protested that the period given for the filing of witness statements was short but the court thought otherwise.