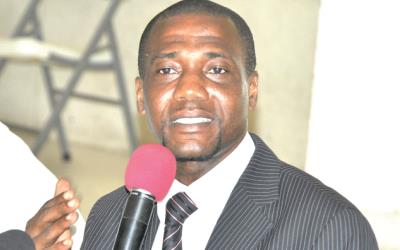 An Independent Presidential Candidate in the 2012 and 2016 elections, Jocob Osei Yeboah, popularly referred to as JOY has described as unfortunate the National Democratic Congress(NDC)’s decision to boycott meetings of the Inter-Party Advisory Committee (IPAC) to review the 2020 general elections.

According to him, the meeting could have been the perfect opportunity for the country’s largest opposition party to air their grievances with the elections held months ago if indeed they had any adding he felt bad when representatives of the party on the committee failed to show up on Wednesday’s meeting.

He described their actions as political and a deliberate ploy to sustain the John Dramani Mahama brand ahead of the 2024 elections.

“This to me is absolutely political and what they are saying, to me there is no oater of fact but political. It was rather unfortunate. In fact, last Wednesday at the IPAC meeting when I didn’t see the NDC I felt very bad because at least if you think that you have a point that is where you can also raise those issues”.

Mr Osei Yeboah made the remarks on The KeyPoint on Saturday, April 24 monitored by GhanaPlus.com.

JOY who had been a member of the committee through out the entire processes leading to the 2020 general elections was of the view that the NDC was rather being unfair to the EC since there was no truth to the allegations made by the party against the country’s electoral body, even though admitted there were some challenges.

The National Democratic Congress(NDC) on Wednesday, April 21 in a press conference announced its decision to boycott, an Inter-Party Advisory Committee (IPAC) meeting to review the 2020 general elections.

The decision was in protest of the outcome of the 2020 elections which they say was rigged by the EC to favour the President, Nana Addo Dankwa Akufo-Addo.

“The party took this decision because of the the lack of candor, odious duplicity, and open bias that was displayed by the Jean Mensah-led Electoral Commission in favor of the New Patriotic Party in the conduct of the 2020 general elections,” a statement issued by the General Secretary of the NDC, Mr Johnson Asiedu Nketiah said at the press conference.


The party said going forward they would review their working relationship with the EC to safeguard future elections.

“The NDC has thoroughly examined the dubious role the Jean Mensah-led Electoral Commission played in the rigging of the 2020 general Elections. Moving forward, the party shall review its working relationship with the electoral management body and take appropriate steps to forestall the rigging of any future Elections in the country.” it added.