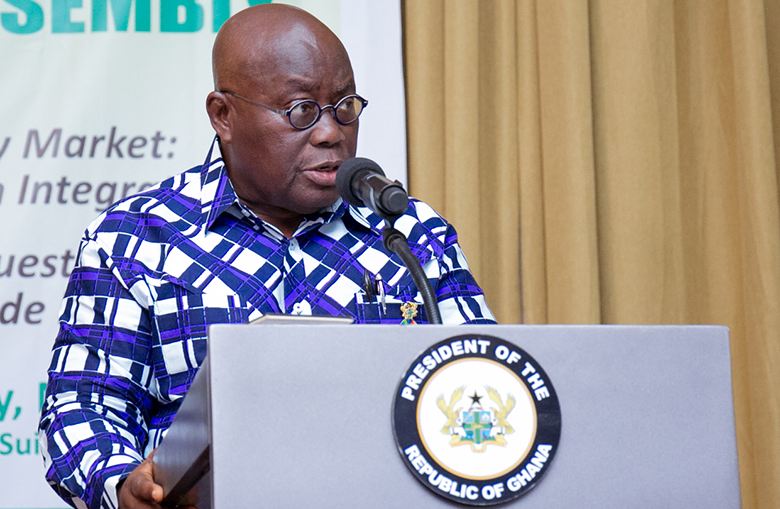 The President of Ghana, Nana Addo Dankwa Akufo-Addo has disclosed that among the most difficult decision he had to make during the initial outbreak of the novel coronavirus disease was the decision whether to bring back home Ghanaian students who were in China or not.

According to him, he had to endure some sleepless nights over the matter amidst several calls for their evacuation by the Ghanaian community both home and in China, the country which first recorded the disease, however, he was persuaded by argument by his able resource persons to choose the latter.

“There were many many tricky moments on the way, students in China, if you remember, the students in China, whether they should come home or not, I had sleepless nights about that matter”. I was persuaded by the argument that says that when this pandemic of such nature breaks out, it better to confine people to where the thing happens, rather than to export them and move them around because they also would come with it”.

READ ALSO:  We will blame the NDC too for governance failure in the next four years

The president made the revelation in an interview with Metro TV’s Paul Adom Otchere, yesterday, October 29, 2020, on the sideline of the inauguration of the television station’s new ultra-modern studios in Accra.

“And I said to myself, what would be your view if one of those young people there is your nephew your son or daughter, how would you feel but then the argument was made and I said this argument sound correct, let’s pray to God and insist they stay there and in the end, it turns out to be a good one,” the president said.

Nana Addo indicated that even though the decision was a tough one, he was glad the outcome of the decision yielded a positive result, a testament to all Ghanaians.

Ghanaian call for Evacuation of Ghanaian Students in China

The President, Nana Akufo-Addo came under intense pressure from Ghanaians, especially, the opposition New Democratic Congress (NDC) to evacuate Ghanaian students who were in China during the initial outbreak of the global pandemic which has affected millions of people and many others lost their lives.

However, the government in spite of the pressure insisted that keeping the students in China was the best decision since China’s health sector was more advance to cater for any eventualities as compared to that of Ghana.

The decision, they also explained was to prevent the importation of disease into the Ghanaian community.

It could be recalled that the novel coronavirus disease first begun in China in December last year and has spread through all countries in the world by March 2020.