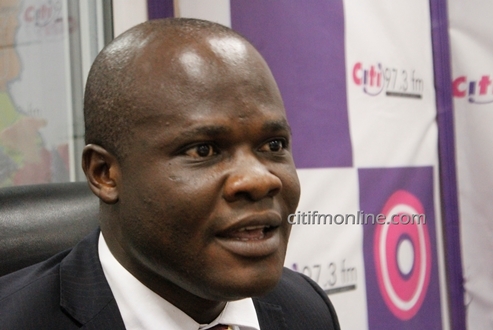 The Member of Parliament for Banda Constituency, Ahmed Ibrahim has said the Jean Mensa led  Electoral Commission(EC) will soon create 25 additional constituencies to bring the country’s total parliamentary seats to 300.

According to him, the creation of the new constituencies was part of grand scheme and last of all task assigned the EC chair by the President, Nana Addo Dankwa-Akufo-Addo on assumption of office to favour the New Patriotic Party (NPP).

He indicated that per information available to him even before the EC chair took office, she was only to occupy the country’s electoral body office just to do the bidding of the ruling government, one of which was to ensure Nana Addo’s re-election and subsequent creation of additional constituencies for her masters which was the last and final of all of the task assigned her.

“Kwame do you remember the interview i had with you in 2017, I gave you all the road map that they will sack Charlotte Osei, they will bring a new person and the assignment she was to executive, Kwame she is left with last one to executive”.

“Kwame, what is left for Jean Mensa to do to satisfy Nana Addo is to create the 25 additional seats so that Ghana will get 300 MPs, that is the last work left for them to do? If she finishes this, then it means, the work Nana Addo gave to Jean Mensa, Jean Mensa had brought it to an end”.

The MP who doubles as the Deputy Minority Chief Whip in parliament made the comment on Okay FM’s current affairs programme Ade Akye Abia hosted by renowned broadcaster Kwame Nkrumah Tikese on Friday, December 18, 2020 and monitored by GhanaPlus.com.

READ ALSO:  Thank you for voting for change-Mahama tells Ghanaians ahead of EC’s declaration

He indicated that offices for the supposed new constituencies had already been made available awaiting the establishment of the new 25 NPP constituencies which he said would be created right after the 2020 population census next year.

“The offices to host the 25 new constituencies have been completed so as I speak to you, we have 25 new offices waiting for 25 constituencies to be created by Jean Mensa and Nana Addo”.

Ahmed Ibrahim, however, failed to give reasons why the EC would establish 25 new constituencies for the ruling NPP adding that would be a topic for another day.

The MP alleged that the EC had been doing the bidding of the government in the just ended presidential elections and as such he was not surprised at the outcome recorded.

“When it comes to the presidential it appears that she is only executing the task she was assigned,” he added.