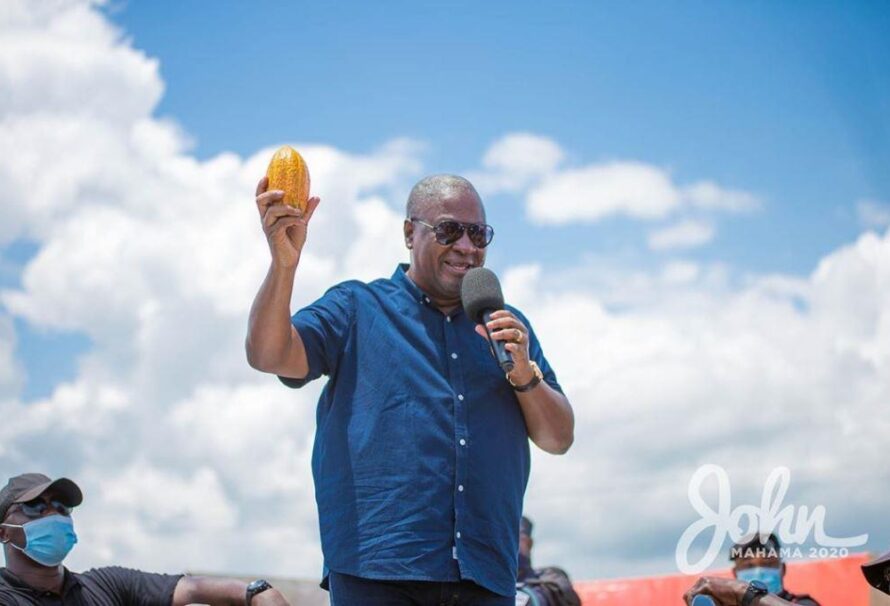 John Dramani Mahama, Presidential Candidate for the National Democratic Congress (NDC) is set to begin a five-day tour of the Greater Accra Region.

The tour forms part of his national campaign for the upcoming general elections.

In a press statement, signed by the Campaign Spokesperson James Agyenim-Boateng, cited by GhanaPlus.com the former President was due to meet with traditional leaders, farmers, traders, Zongo chiefs, tutors, workers, and residents in various constituencies.

According to the statement, Mr. Mahama would be addressing and outlining plans and policies geared towards job creation for the youth, his commitment to achieving universal healthcare through the implementation of the NDC’s Free Primary Healthcare plan.

“Alongside other activities, he will address the concerns of students, fisherfolk, and others and will end his campaign on Saturday 31 October 2020,” the statement added.

The Greater Accra tour follows a combined tour of both the Central and Western Regions which lasted ten days.