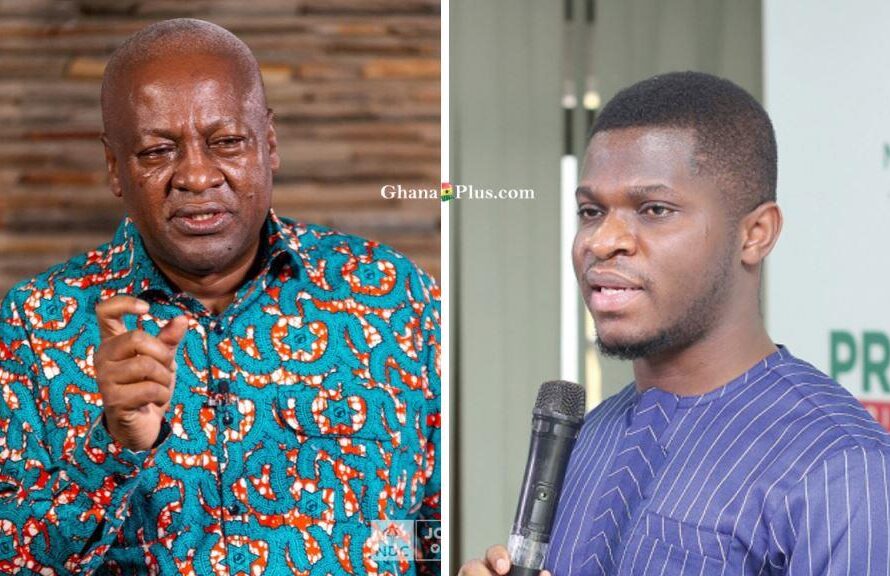 The National Democratic Congress (NDC)’s Communication Officer, Sammy Gyamfi, and former President and flag bearer of the party, John Dramani Mahama seem to have opposing policies as far as payment for customers of defunct gold dealership firm Menzgold is concerned.

We will pay all including Menzgold customers – Sammy Gyamfi

Mr. Sammy Gyamfi in June defending the presidential campaign of paying all customers of the defunct banks whose investment had been lost due to the banking clean ups embarked upon by the government said the policy would cover all aggrieved customers including that of Menzgold.

Mr. Sammy Gyamfi who was so certain, the president promise would cover all said the NDC was not selective and that explains the decision to cover all including those from Menzgold, although the president did not give details of the promise.

“Menzgold customers, this is your time, we said all financial institutions including Menzgold, do you think, we the NDC’s we are selective?” he quizzed.

READ ALSO:  Where are the principles of accountability – Marietta Appiah Oppong

“I am telling you, they are all part, where ever they are listening to me now, I am speaking in my capacity as Communications Officer of the party, all of them are covered under this promise”, he emphasized.

Politics of no principles. No conviction.

I never said I will pay Menzgold customers – Mahama

However, the former President John Mahama in an interview with Star Fm Francis Aban today, November 3 on the Morning Star programme said he never made such a promise.

“I never said I will pay Menzgold customers, I said we will investigate and find out what is the extent of indebtedness. What are the assets of the company?  Are there any hidden assets that they can lay hold off and dispose off and pay back some the monies that they owed,” he said.

According to him, the extent of indebtedness of Menzgold needs to be established first before a decision could be made.

READ ALSO:  Don’t copy the NPP under any circumstances, we will not succeed – Agbodakpi caution NDC

Ex-President John Dramani Mahama in June made a promise that he would pay all lock up funds due customers and Ghanaians who lost their investment during the financial clean up in one year if voted into power again.

According to him, the policy was to bring some relief to victims of the banking massacre which has brought untold hardship on victims.

“I pledge on behalf of the NDC that we shall pay within one year all who have funds locked up with the collapsed financial institutions. Within one year.  I promise!”

Mr. Mahama, however, did not give details as to which of the 16 banks and 23 savings and loan companies that were collapsed by the Central Bank over insolvency would benefit from the programme.