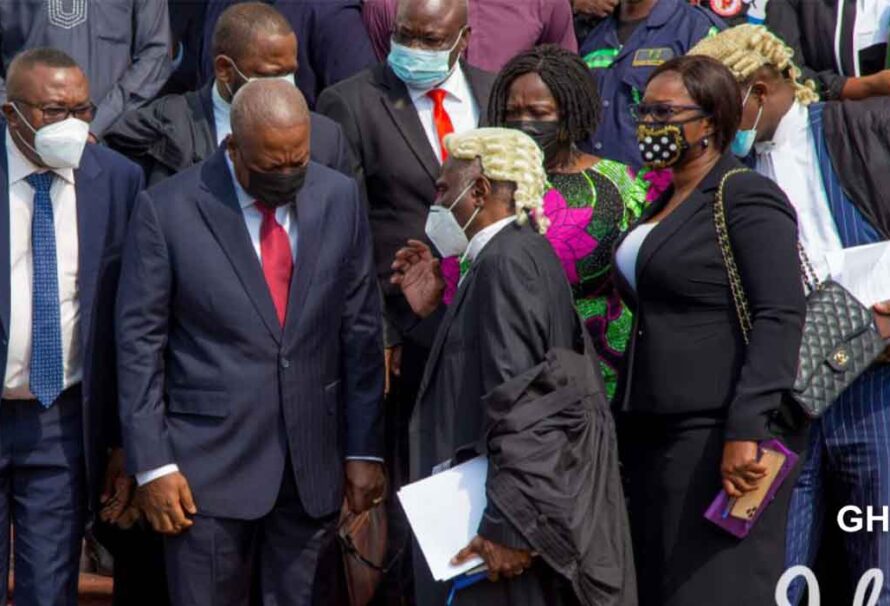 The Supreme Court has dismissed application by the petitioner in the ongoing Election Petition, John Dramani Mahama, to re-open the election petition case he closed after testimonies of his witnesses.

According to the Court, the petitioner, inter alia, has not adduced enough evidence to convince the bench for the case to be re-opened.

Reading the ruling on Tuesday, February 16, Presiding Judge Justice Kwasi Anin-Yeboah said even at the time the application was filed, the petitioner as well as the respondents had closed their cases.

He said the petitioner is not entitled to an application of that nature as a matter of right, an argument he adduced through counsel Tsatsu Tsikata on Monday, February 15.

Justice Anin-Yeboah, who is also Ghana’s Chief Justice, said such application can be granted by discretion.

“That discretion is, however, one which should be exercised per rules and with restraint as a motion to reopen necessarily involves a balancing of the accountability of counsel for the decisions regarding prosecutions of this case and the interest of justice”.

“Accordingly, we weighed the propriety of re-opening proceedings to permit additional evidence to be led or tendered and Court will typically consider three broad questions.”

In tabling his argument on Monday, February 15 for the bench to grant his application for the case to be re-opened, Mr Tsikata, said the Chair of the First Respondent, Jean Adukwei Mensa, would have been subpoenaed to appear as a hostile witness.

This the Court found “baffling”, according to Justice Anin-Yeboah.