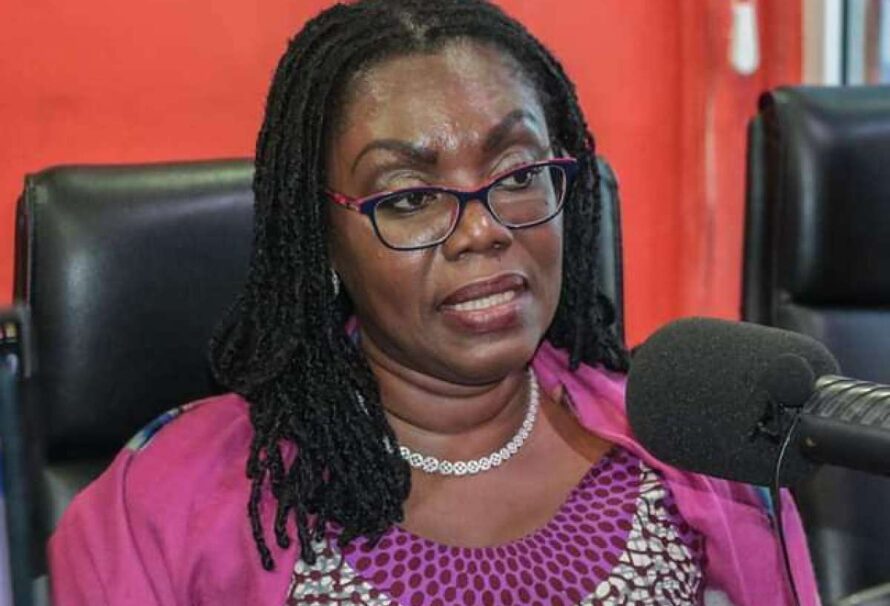 My NDC MPs taken leave of their senses comment, if offence was taken, I apologize

The Minister-designate for Communications and Digitalization, Ursula Owusu-Ekuful has said if the National Democratic Congress (NDC) Caucus in Parliament took offence in the taken leave of their senses comment she made during the President’s State of the Nation’s address then she apologize.

The Member of Parliament for the Ablekuma Central Constituency’s apology comes after North Tongu lawmaker, Samuel Okudzeto noted  at her vetting on Monday February 15 that “the expression [NDC MPs] have taken leave of their senses is an insult, it is most offensive and this side of the House feels scandalized by it, we are hurt by it.”

Ursula berated the NDC Minority in February 2020 for boycotting the State of the Nation Address, that year.

“If indeed the president had said something offensive which they were reacting to, it would have been understood,” she said.

She added “But staging a walkout which is uncalled for, totally without reason, it looks as if they’ve taken leave of their senses; excuse me to say. Particularly when their leadership also indulges in this completely unnecessary and senseless exercise…”

But during her vetting on Monday February 15, Mr Ablakwa said “The nominee owes us an apology because it is not acceptable to call your colleague honourable members of the House that we have taken leave of our senses.”

In response to that she said “Mr Chairman  if you listen to the  full tape  and you do not situate what I was saying in context  then maybe what the member  is saying  may be justified  but what I said  is ,it looks as if  they have taken leave of their senses , excuse me to say.

“So even there, the intention is clearly not to say the minority side of the House has taken leave of their senses. It is English language and it has meanings. Words have meanings and you read it within its context.”

When the Chair of the Committee Joe Osei Owusu told her that since she did not mean to insult them, she should apologize and move on, she said “Mr Chairman, it is also critically important to situate statements within context so you do not read the wrong meanings into it. No Offence was meant, if offence was taken I apologize.”