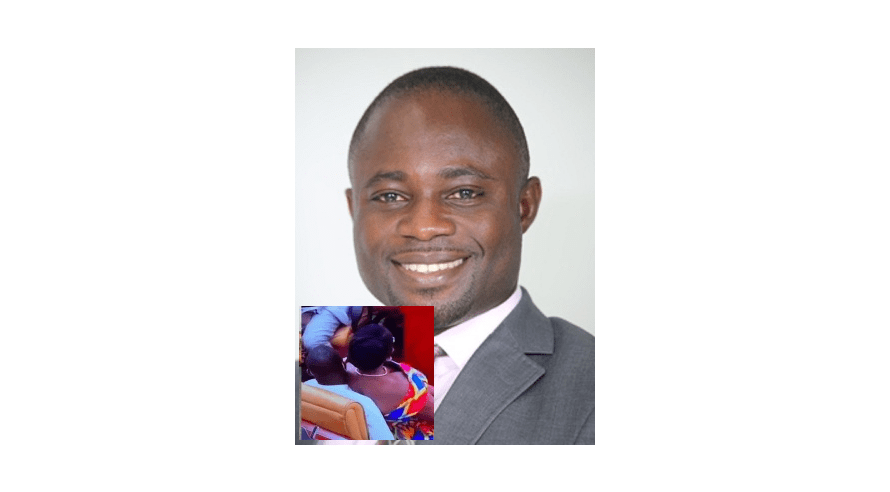 “That was disgraceful right ?, a married woman sitting on the laps of somebody’s husband since then my wife has not taken it easy, she thought she shouldn’t have done that,”  he said.

The National Democratic Congress (NDC) MP made the revelation in an interview with TV3 monitored by GhanaPlus.com on Friday, January 8.

According to him, the New Patriotic Party (NPP) MP sat on him without any notice, he only permitted her to continue sitting on him to avoid negative media reportage since cameras were already on them at the time.

“…………………..When I went to sat on it from nowhere, i didn’t see her, she never spoke to me, she never ask me anything, all I realized was that she was sitting on my laps at that material time all the camera’s were on us, we were on the floor of the house if I had applied any force, today the story would have been different so I had to behave myself. So I sat quietly, looked at her until herself got,” he explained.

He noted per Ghanaian customs and traditions what happened was wrong and shouldn’t have happened.

The Member of Parliament for the Ablekuma Central Constituency, Mrs Ursula Owusu-Ekuful was on Thursday, January 7, captured sitting on the laps of the Juaboso MP, Kwabena Minta Akandoh in Parliament.

READ ALSO:  See all the exclusives you missed from the burial service of J.J Rawlings mother in Accra

The NDC MPs including Mr Akandoh on the day occupied the seats at the right hand side of the Speaker reserved for the Majority members of the house and the sitting place of NPP MPs in the 7th Parliament since they were in the majority.