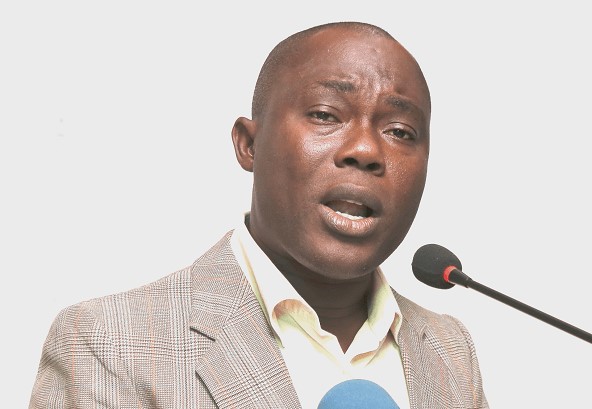 NDC, NPP are stuff by people who have thrown principles to the dogs – Prof Gyampo

A Senior Lecturer at the Political Science Department of the University of Ghana (Legon), Professor Ransford Gyampo has lash out at the two leading political parties in the country following the do or die comment made by the former President and 2020 flag bearer of the National Democratic Congress(NDC), John Dramani Mahama.

According to him, it appears the two parties; the New Patriotic Party (NPP) and the National Democratic Congress (NDC) were made up of persons who have thrown their principles to the dogs.

He said the development makes it difficult for lecturers of political science to teach the subject in the various institutions due to the perception the two had created about politics in the country.

“I think that our politics must be tempered with principles. It appears that our politicians both the NDC and the NPP are stuff by people who have thrown principles to the dogs and they make it difficult for us to teach political science, introduction to political science is difficult because you are always compelled to explained that the game of politics is not necessarily a game of deceit, is not a necessarily a game of lies, ” he said.


Prof Gyampo was speaking on TheKeyPoint on TV3 on Saturday, September 12, monitored by GhanaPlus.com.

READ ALSO:  VIDEO: Ghanaians in Germany beg Akufo- Addo to Fix the country so they can return home

He made the comment while contributing to discussions about the ‘do or die’ comment made by the former President and 2020 flag bearer of the National Democratic Congress, Mr John Dramani Mahama.

Mr Mahama while speaking at Techiman base Akina FM during a Thank You Tour said due to the party’s experiences in the 2020 elections, the 2024 elections would be a do or die affair.

He explained, to ensure their victory, the party would win at the polling stations adding they would not wait for collating centers results or petition the Supreme court like they did in the 200 elections.