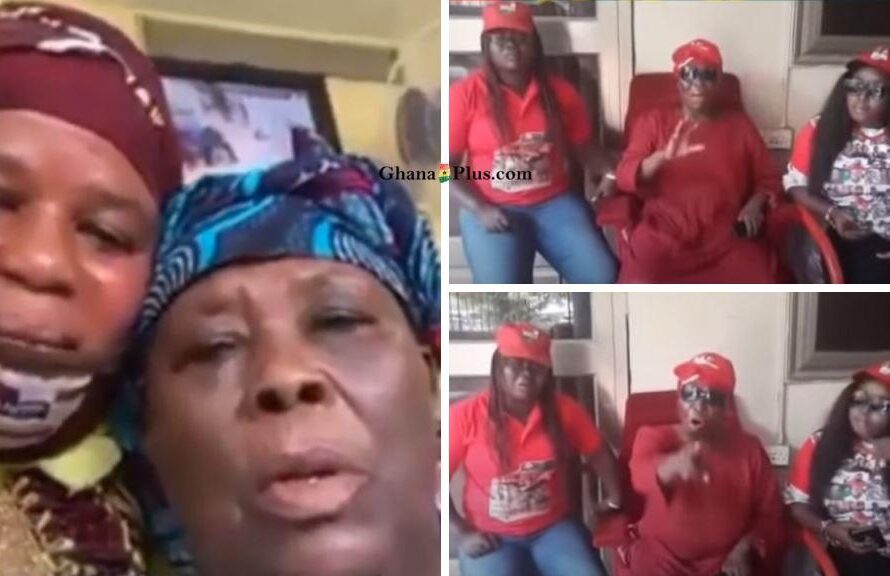 The former President died on Thursday, November 12, after a short illness.

In response to her accusations, members of the NDC have descended heavily on Hajia Fati, calling her all sorts of names and raining curses on her.

In a video, women believed to be supporters of the NDC and adorned in NDC shirts and paraphernalia said God will punish the NPP supporter for uttering such comments against their flagbearer.

They indicated that for allowing her mouth to spew such preposterous words against the humble, and of no wrong Mr. Mahama, God will punish her and cause her to rot in her corner before she dies.

“You are too small to insult my incoming President Mahama, Hajia God will punish you, what has John done to you for you to accuse him of such. You, you will rot in your room before you die”, one of the women said.

They also said some unprintable words and made some revelations about the NPP supporter.