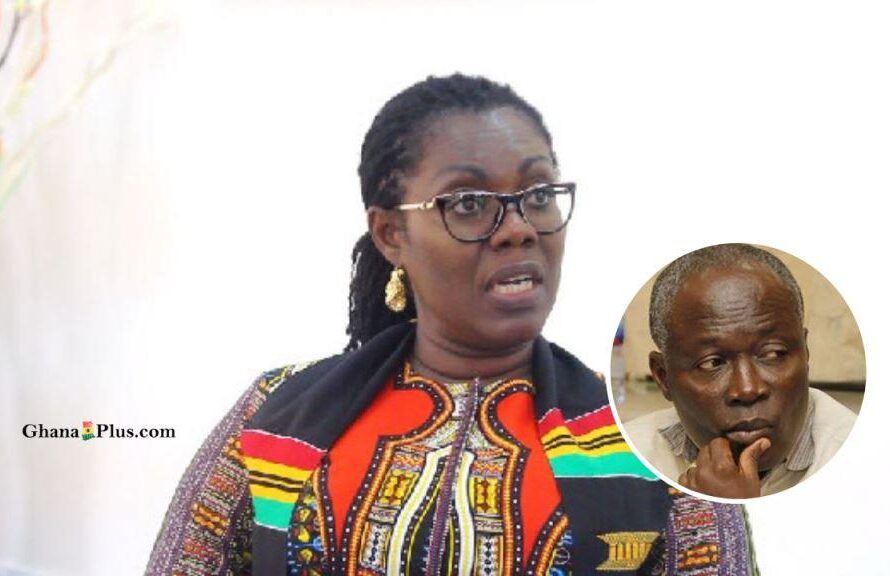 The Minister of Communications and Member of Parliament(MP) for the Ablekuma West Constituency, Ursula Owusu-Ekuful has disclosed that her colleague MP for the Odododiodoo Constituency, Nii Lantey Vanderpuye sometimes back sponsored thugs to unleash violence on her during one of her visit to the constituency in Accra.

She has, therefore, described as extremely hypocritical, the MP’s uproar over recent violent clashes in that constituency adding that he would have shed crocodile tears at her funeral if his gangsters had succeeded in putting an end to her life.

“I get emotional and I have tried to move beyond that because what I told him was that he was my mate in Legon, if I had died, he would have shown up at my funeral shedding crocodile tears knowing that he was responsible for my death”.

The astute lawyer and politician made the revelation in an interaction with TV3’s Bella Mundi on Monday, November 24, and monitored by GhanaPlus.com.

Nii Lantei Vanderpuye sent representatives to Apologies to me

According to her, Nii Lantey Vanderpuye, a colleague of hers at Ghana’s premier University, Legon, for three years, sent people to apologize on his behalf admitting his actions were wrong in the first place.

“I know, he has admitted that he sent emissary to come and apologize to me when we got back to parliament. For 3 years he sent people after me to admit that what he did was wrong and to apologize to me”, she said.

She argued that it was unfair for the Odododiodoo MP to be raging over what he was very familiar with and a perpetrator for that matter.

“All this political violence we unleash on ourselves is completely unnecessary, elections are just a contest of ideas so if you think it is okay to sponsor thugs to attack your political opponent and if somebody pays you back in your own coin then you go and scream?”

Mrs. Owusu-Ekuful noted that it was wrong for anybody to result to violence in a process which was only meant to be a contest of ideas and urged all and sundry to make a commitment to peace and shun violence.

She also advised that the Ghana Police be given the room and space to perform its rightful duties devoid of political interference.