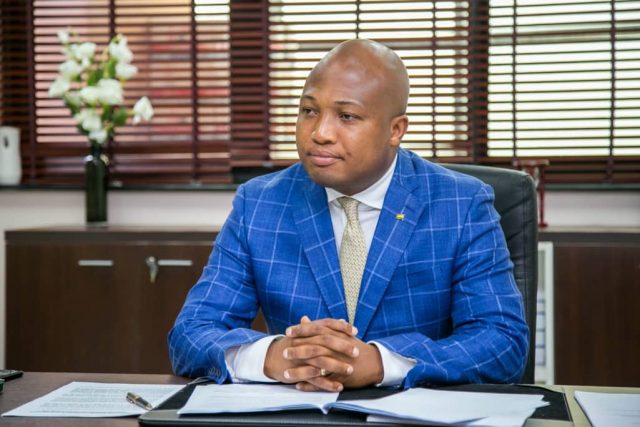 The Former Deputy Minister for Education and Information question, particularly, how the approval of elected/appointed state officials’ performance in which the President was ranked highest at 70% was possible if 47% respondent of the same survey report says the country was going on the wrong direction.

According to him, the CDD would have to give Ghanaians some explanations on how they react to the conclusion which he believes was contradictory

Mr. Ablakwa, also a Ranking Member, Committee on Foreign Affairs raised the question on the survey result provided by the independent non-governmental, non-for-profit research and advocacy institution in a tweet on Wednesday, November 4, 2020.

In the tweet, the MP quiz if Ghanaians were missing something in the survey report.

“The CDD would have to help us with some further explanation on its pre-election survey. How can 47% of Ghanaians say the country is going in the wrong direction & yet the report claims 70% of the same respondents approve of President Akufo-Addo’s performance. What are we missing? Mr. Ablakwa tweeted.

The CDD would have to help us with some further explanation on its pre-election survey. How can 47% of Ghanaians say the country is going in the wrong direction & yet the report claims 70% of the same respondents approve of President Akufo-Addo’s performance. What are we missing?

The CDD earlier this week released the 2020 pre-election survey conducted from September 28 to October 16, 2020.

The USAID/Ghana funded project sampled a nationally representative of 2,400 adult citizens, randomly, in a face to face interview across the country.

Their finding among other things said Ghanaians were split over the direction of the country, which is the wrong or right direction.

The survey finding also indicated that Ghanaians approve of the way the President has performed his duties since elected into office, rating him at the highest score of 70%.

Outlook for the December 2020 polls

They deem the election campaigns of the main parties largely issue-based. The NPP enjoys a significant advantage (15 percentage points) over the NDC when it comes to public confidence in the ability to deliver on campaign promises” the outlook of the report reads.