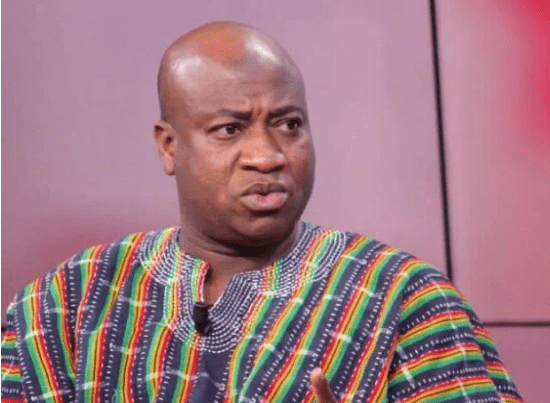 The Member of Parliament for the Tamale Central Constituency, Mr Ibrahim Mohammed Murtala has accused the President, Nana Addo Dankwa Akufo-Addo of being involved in the purchase of the overpriced Sputnik V vaccines.

According to him, there was no way; the Minister of Health, Mr Kwaku Agyemang-Manu could have made such an important decision without prior discussions with the President.

“ Mr Nana Addo is neck deep in this deal.  Am saying that president is neck deep, if you have serve in government before there is no way this issue wouldn’t have been discussed at cabinet, there is no way the minister wouldn’t have discussions with the President in a matter such as this when the President sees the need to have weekly, month address of the nation with regards to COVID so the president is absolutely involved,” he emphasis.

Mr Murtala Mohammed made the comment on Big Issue on Citi TV on Saturday, June 12 monitored by GhanaPlus.com.

His comment was in reaction to revelation made by the Norwegian tabloid Verdens Gang that Ghana had purchased the Sputnik V vaccine at $19 per dose instead of the ex-factory price of $10.

READ ALSO:  Give me my expulsion letter so I can advise myself

The investigation also revealed the overpriced Sputnik V vaccines was also purchased by the Ministry of Health led by the Minister,  Mr Kwaku Agyemang-Manu from the Russian Investment Fund through two intermediary  businessmen.

Gov’t justifies purchase of Sputnik V vaccine at $19, through intermediaries

Government has since offers series of explanation on why it purchased the vaccine at $19 and also through intermediaries.

The Minister of Foreign Affairs Minister, Ms Shirley Ayokor Botchway at a press conference on June 14 said all efforts to buy the vaccine directly from the manufactures proved futile hence the decision to resort to the use of middlemen.

She also indicated the scarcity of the vaccine at the time of negotiations informed the decision to buy at $19 per dose, almost, a double price of that of the manufacturers.

“It has not been easy at all. Not just for Ghana, but for any of our country and not just for Africa but also for other countries around the world”.

“It is difficult, extremely so even if you have money to procure vaccines from the source. It is almost impossible and so we made contact and we still continue to pursue getting the vaccines. It has not been easy.

“Whether we were involved?  Yes from the beginning  we were involved but I can assure you  that it is difficult to procure  vaccines directly  from manufacturers  but whatever decision government  takes, the responsibility  is all of us. It is a collective responsibility and it is a collective decision that was taken. Government will only take that decision if all avenues are closed to it”, Ayorkor Botchway said.