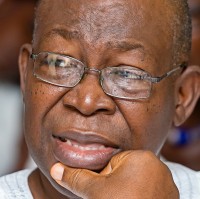 A member of the National Democratic Congress, Mr Robert Joseph Mettle-Nunoo has filed his witness statement in the ongoing 2020 election petition hearing to testify in favour of the petitioner, Mr John Dramani Mahama.

Mr Mettle- Nunoo, the party’s representative at the Electoral Commission’s strong in the 2020 elections filed his witness statement on Thursday, February 4, 2021.

The filling of his witness statement bring to three(3) the number of witness for the petitioners in the election petition which is praying the Supreme Court to declare the 2020 Presidential Elections null and void and to compel the Electoral Commission to organized a second election for the two leading parties, the National Democratic Congress(NDC) and the New Patriotic Party (NPP).

“I was one of the two representatives of Petitioner alongside Dr. Micheal KpessaWhyte, in the 7th December 2020 Elections at the collation center (“strong room”) of 1st Respondent’s Headquarters.

My role as one of two agents of the Petitioner -the other being Dr Michael Kpessa -Whyte, in the 7th December 2020 Elections, was to review and, once satisfied, certify the Presidential election results at  the headquarters of the Electoral Commission. This role is defined in the regulations for the conduct of the elections -Cl 127, ”  the statement added.

With his witness statement, the astute politician is expected to be crossed examined by the lawyers of the 1st Respondent, the EC and the 2nd Respondent, the President of Ghana, Nana Addo Dankwa Akufo-Addo after presenting his evidence in chief to the court with the help of the lawyers for the petitioner.