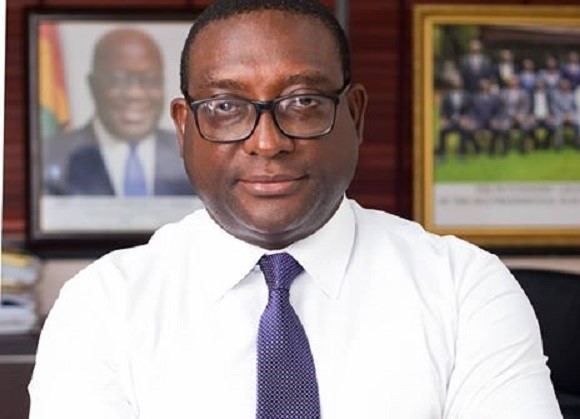 Slow down on greetings to your constituent, you lost the elections just seven months ago– Buabeng Asamoah tells Ofosu Kwakye

The Director of Communications for the New Patriotic Party(NPP), Mr Yaw Buabeng Asamoah has urged the 2020 aspiring Member of Parliament for Abura Asebu Kwamankese, Mr Felix Ofosu Kwakye to tone down on his pleasantries to his constituent following his defeat in the 2020 election.

He however, advised he can resume the pleasantries in two years time ahead of the next elections in 2024.

“ …….He  just lost an election 7month ago so the greetings to his constituency he should slow down a bit . In two years he can start,” he said on a lighter note”.

Mr Buabeng Asamoah made the remarks on TV3’s TheKeyPoint on Saturday, August 7 monitored by GhanaPlus.com.

His comment was in reaction to greetings sent via the Media General channel to his constituent in the Central Region of the country.

Kwakye Ofosu’s greeting to his constituent

Mr Ofosu Kwakye had extended his greeting to his constituency saying “ ..let me also extend some warm greetings to my folks at the Abura Asebu Kwamankese Constituency. I hope to join them shortly after this programme for a number of engagements. You have quite a large viewership base and they have indicated in no uncertain terms that I need to acknowledge their viewership.

However, reacting to his comment, Mr Buabeng Asamoah indicated it had just been seven month since he lost the elections at the same constituency hence there was the need for him to slow down on the greetings since there was some three years plus to the next elections.