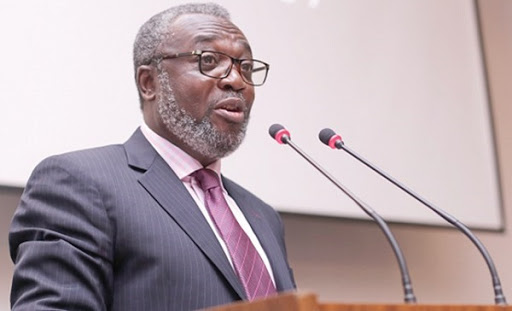 The Member of Parliament for the Tamale Central Constituency, Mr Ibrahim Mohammed Murtala has descended heavily on the Presidential Advisor on Health, Dr Anthony Nsiah-Asare over a comment he made  concerning the overpriced Sputnik V vaccine purchased by government.

Dr Nsiah-Asare in an interview in the wake of the controversies said Ghana was not ripped off looking at the circumstances at the time of the purchase and challenged anyone with knowledge on how to purchase the vaccines at ex-factory price of $10 instead of the $19 price purchase by  government to buy it for the country for applause.

“I think when you are comparing these things we should be very careful and then either we like it or not at the time that it was being procured, that was the most cost effective or may be the most reasonable price that Ghana got it……. So I don’t think Ghana is being ripped off as people are saying. People should understand it and I am challenging anybody who can get these things at that ex-factory price of $10 and we will clap for him”.

Speak to us with some respect

However, speaking on Big Issue on Citi TV on Saturday, June 12, monitored by GhanaPlus.com, the National Democratic Congress (NDC) member said the Presidential Advisor exhibited arrogance in his response to the issue and advised him to measure his language when speaking to Ghanaians.

“I listened to Dr Nsiah, what arrogance?, absolute arrogance; our monies  are used to pay you. The advisor to government, you listen to him, the kinds of statements that he makes, I think that it is unbecoming of people who are paid with our taxes , our taxes pay you so when you want to speak to us, speak to us with some respect,” the Tamale Central MP said.

Government has come under intense scrutiny following a revelation by a Norwegian tabloid, Verdens Gang that Ghana purchased the Sputnik V vaccine at $19 per dose instead of the ex-factory price of $10.

The investigation also revealed the overpriced Sputnik V vaccines was also purchased by the Ministry of Health led by the Minister,  Mr Kwaku Agyemang-Manu from the Russian Investment Fund through two intermediary  businessmen.

Assin Central Member of Parliament Kennedy Ohene Agyapong has disclosed that he will consider becoming a president if Ghanaians clamour...